On the Move: Home from Home

On the Move is a Hampshire Cultural Trust project, funded by the Esme Fairbairn Collections Fund, which focusses on making collections accessible for wellbeing. Over the past year our fantastic team of volunteers have been researching our transport collection, bringing their stories to life.

With the rise in staycations in the UK, more and more people are looking for interesting places to stay. A quick search on the internet for shepherd's huts and living vans show images of beautiful wooden structures, immaculately decorated inside and out, overlooking incredible views - some even with a hot tub! Whilst these huts provide an interesting retreat, the reality of their use in the past is very different.

The living van, on display at Milestones Museum, has an interesting history, both in terms of its construction and use over 100 years ago and its restoration in the late 1980s.

Steam rollers and living vans were a common sight in the in the early part of the 20th century. In the steam age, traction engines required better roads than the horse drawn coaches to allow heavier loads and higher speed. This could only be achieved by improving roads and keeping them maintained. Alongside this development in heavy road transport and better roads, a whole industry grew up around road repair, including steam rollers. Steam vehicles needed constant attention and the fire would be kept going all night. Generally, the road gangs would have no means of getting to the work site each morning, so staying overnight in a van was the solution. They were able to park directly where work was needed, stay overnight, and continue their work the next day. It also meant that one man in the crew could get up early to get the engine up to temperature and ready to start work.

Improvements in road transport and the introduction of diesel road rollers removed the need for constant supervision of the machinery and so these types of living vans were not so common. However even today, workers at major road improvements often stay in caravans onsite or nearby. The practice hasn’t completely disappeared, however the creature comforts are likely very different!

In 1978, Hampshire County Council Museums Service bought this living van for £80 from a gentleman who had owned it since 1956 and had been using it as a shepherds hut and store on his smallholding in Medstead, Hampshire. It was in need of much work; the social history conservator and curator at the time agreed that this would be the perfect restoration project and the completed van could accompany a Wallis and Steevens Steam Roller and water cart already in the transport collection at events around the country.

Originally built around 1910, it was one of ten of this design owned by Messrs. Wrights of Alton Ltd., who were agricultural and civil engineering contractors during the steam age. Closer inspection of the chassis, axles and brackets led the restoration team to believe that it was built by a local company called Hetheringtons of Alton, who were well known coachbuilders and millwrights. Removal of rotten wooden panels from the van revealed a date of 21.11.1930 and the name R. J. Edwards, who was yard foreman at Wrights in the 1930s and oversaw a rebuild of the van. At the same time, removal of rotten wood also showed that timbers used in the construction of the van were much older, as they showed evidence of pit sawing which was popular from the 17th to 18th centuries.

At the time of the restoration project, Wrights of Alton were still operating and so the team were able to visit the site to find out more about the original colours used on the living vans they owned, as well as how the van was used and what it was equipped with. Shortly after the restoration was completed, the firm closed down and the site sold for redevelopment. While the van was at our headquarters site in Winchester, the team received a visit from a gentleman who had lived in a similar caravan for 10 years whilst working a Wallis and Steevens steam roller. He was able to advise the team on the interior of the van and enabled accurate replica items to be produced to bring it back to life.

The restoration team have brought the van back to as it would have been in the 1930s as the age of steam rollers was drawing to a close. It contains a restored Larbert kitchen range with hotplates and small oven sitting on a hearth with an enamelled chimney leading out the roof; a folding table and bench; an upholstered seat across the length of the van which doubles as an extra bed; a double bed bunk which folds up vertically to provide more living space; cupboards with drawers for storing clothing; coat hooks and a five cupboard lockable unit for personal items. After its completion, a complete set of cooking and utility items were collected, based on inventories that were issued to workers who occupied these vehicles in the 1930s.

If you’re visiting Milestones Museum, you’ll find the living van in the council yard, next to a typical steam roller which would have pulled it. Have a look at the furnishings and think what it would be like to sleep inside it overnight. If you want to see what it would actually be like, check out those rising google searches for shepherd huts you can stay in! 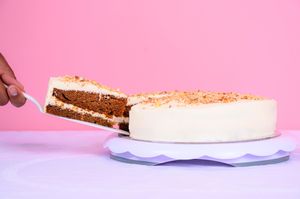