From weddings to holidays, cameras have helped us remember precious memories for many years. They’ve become cheaper, smaller, faster and easier to use. The quality of photography has also improved, from grainy black and white images to sharp colour.

The first photograph of a human was taken accidentally! In 1838, Louis Daguerre caught a man having a shoe shine in a photograph of a street. The exposure took seven minutes.

Early cameras took photographs directly onto metal or glass plates. Every image was unique rather than being printed from a negative. Daguerreotypes were produced on a silvered copper plate. At first it took 3-15 minutes to take a picture. People had to pick a pose and expression they could hold for a long time! Each one cost around a guinea (nearly £600 today). Ambrotypes became popular in the 1850s. Produced on glass, they were quicker and cheaper to take, costing around one shilling each (£25 today).

Next came Carte de visites, which were even cheaper. Printed on paper and mounted on card, they were given as gifts and collected in albums. They opened up photography to more people.

George Eastman invented roll film in 1885. This was easier to use than a separate glass plate for each image: picture after picture could be taken easily. Cameras could now be smaller, lighter and more portable. Family photography moved out of the studio. Using roll film, the Kodak camera went on sale in 1888. It came preloaded with 100 exposures and was sent back to the factory for processing and reloading with film.

In 1900, Kodak launched the Box Brownie, one of the most important cameras ever made. It was cheap to buy and simple to use, finally bringing photography to the mass market. The Brownie was made of cardboard and took 2¼ inch (6cm) photos. The Brownie name continued to be popular up to 1980, with nearly 100 different models made.

Colour film, introduced in 1937, was more expensive than black and white. It became cheaper and more widespread in the 1950s and was the standard for family snaps by the 1960s.

The instant Polaroid camera was invented in 1948, becoming popular in the 1960s and 1970s. It gave the public their first taste of images that could be taken and shared instantly without sending away for processing. By the 1970s, Polaroid cameras electronically ejected the photograph from the front of the camera in their iconic square format. You could then see the image develop in front of your eyes. 35mm cameras may have become more compact, but they were also more complex, with variable focus, variable exposure and film speed. Keen amateur photographers were weighed down with large camera bags filled with lenses, light meters, film, flash guns and tripods.

Manufacturers succeeded in making photography more convenient. In 1982, Kodak launched a pocket-friendly disc camera. In the 1990s, automatic cameras with electric motors to wind the film and operate the focus were popular. The first digital cameras were beginning to take a share of the market in the late 1990s.

The first digital camera was a Kodak in 1975. It took a 0.01 megapixel image in 23 seconds. Digital cameras quickly took over from film. Image quality increased from 0.03 megapixels in 1995 to up to 50 megapixels today. Photo-quality printers for the home became popular and images could be edited with software such as Photoshop. Thousands of pictures were now saved on memory cards rather than in photograph albums. The ability to take photos and share them instantly changed photography. In 2002, the first phone with a built-in camera arrived in the UK: the Nokia 7650. By 2008, the first smartphone and iPhone were released, allowing good quality photos to be taken and shared instantly across the world.

Photo-sharing platforms have transformed how we use our photographs. Photobucket launched in 2003, pioneering social image sharing. Flickr followed in 2005, holding more than five billion images by 2010.

Popular photo manipulation and sharing went mobile with the launch of Instagram in 2010, allowing you to take an image, edit it, apply a filter and share it – all with just a mobile phone. Over 40 billion photos have been shared on Instagram since it started.

Tuesday 29 June marked National Camera Day and you can see lots of cameras from days gone by in the shop display at Milestones Museum. 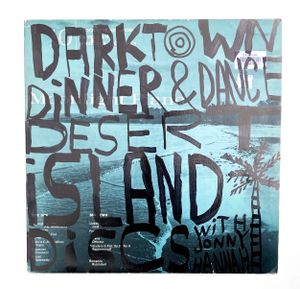 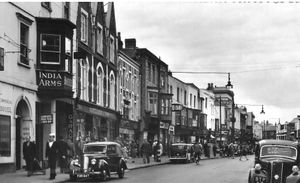