The contrasting landscapes of Gosport, the coast, country parks, harbour and historic buildings, have been the inspiration for artists, both professional and amateur, for many years. Victorian artist Martin Snape depicted the life of the town through his artworks and today numerous artists follow in his footsteps.

The exhibition Gosport Past and Present at Gosport Gallery showcases the work of two local artists, who have very different styles, but both with the Gosport landscape as their focus. The works depict Gosport many decades apart: one paints views of Gosport today, the other in the past, telling the story of a changing town.

Neil Marshall moved to Gosport as a child with his parents who ran the Harvest Home pub. On leaving school, he was due to enter Art College but an engineering apprenticeship proved a more secure route to a career.

In 2006, following his interests in photography and local history, he published Gosport Reflections, a book of photographs showing the same place and scene decades apart.

On retiring in 2016, Neil resumed his passion for art alongside his other interests in local history and 3D design. Although he had not had any formal art training, he continued to develop his skills through practice.

In order to combine all three of his interests, Neil looked at how to create unique views of the local area in paint.  From the research he had carried out for local history lectures and his books, Neil had accumulated a large quantity of photos and information. Using his experience of computer modelling he began to generate 3D images of the local area producing views from angles and elevations never seen before.  An A4 final view was created and used as a reference point to produce his paintings. Cameos of people going about their lives were added giving the works greater depth.

David Whitson is a comparative newcomer to Gosport, moving here from Surrey three years ago. David worked professionally as a cinematographer and was employed for 30 years at the BBC Television Film Unit.

It is the skills of composition, perspective, lighting and colour, learnt in his profession, that he endeavours to bring to his paintings.

Perhaps unsurprisingly, photography plays a large part in the inspiration for his paintings and he works entirely from his own photographs. He can be inspired by almost any subject, but a lifelong love of the sea results in a strong bias towards maritime subjects. Portsmouth Harbour and The Solent are now an endless source of inspiration. His more recent work reflects his move to a slightly looser style, a move he has pursued with help from local professional artist, Chris May. The progress in this direction is visible through the two styles seen in the exhibition.

The work of the artists is accompanied by photos of Gosport in the past and items from the Gosport Museum collection. Items include programmes and tickets from the Ritz Cinema which closed in 1999. The Ritz is fondly remembered by the town’s residents along with the other cinemas that were once in the town. Other items include a bank note from the India Arms dated 1810 and a range of sporting trophies.

Gosport Past and Present is open until 28 August 2021. 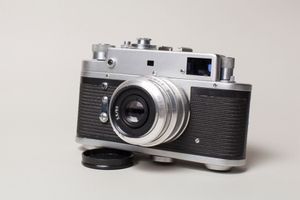 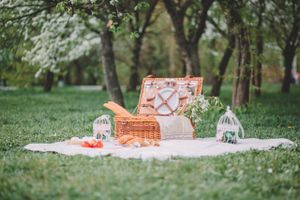