100 years ago this year, an Iron Age settlement was discovered by local archaeologist, Reginald Hooley on Worthy Down, about three miles north-west of Winchester and the site of the former Winchester racecourse.  The War Office acquired the site for a Wireless and Observers School in 1917 and in 1918, an airfield was built for the Royal Flying Corps (RFC) which quickly became an RAF site after the merging of the RFC with the Royal Naval Air Service.

The digging of a ditch near some hangers in 1919 led to the chance discovery of a number of iron bars, which were discarded by the side of the hole by the diggers. It was not until one of the diggers saw some similar objects in the British Museum 18 months later, that the bars were realised to be Iron Age iron currency bars.  As a result, the site was revisited with Hooley, and the bars were recovered from the side of the trench where the grass had already started to reclaim them. It was suggested by O.G.S. Crawford, the Ordnance Survey archaeologist and champion of archaeological aerial photography of the time, that the surrounding area was ‘tapped’ with an iron ram to detect changes in ground density.  This, together with observations of scorch marks in the ground during the summer, led to the discovery of potential pits and ditches.

Hooley got together a band of local volunteers and the areas identified by the scorch marks and tapping were excavated. The site came up with a wealth of archaeological material dating from the Early Iron Age, around 500 BCE to the Romano-British period.

Probably the most significant artefacts were the currency bars, which as suggested by the name were believed to have been used as a form of currency, like ingots. But also found were two burials, pottery, other iron objects and a loom weight.  The human remains were given to the Royal College of Surgeons in 1923 but the rest of the material was given to the Winchester City Museum, and some of the iron currency bars can still be seen there.  The rest of the material is in the Hampshire Cultural Trust archaeology stores.

Reginald Walter Hooley was born in Southampton, the son of a wealthy gentleman. In 1889 Reginald began to work for Godrich & Petman, wine merchants, and later in life became managing director of that firm.  In 1912, he moved to Winchester and in 1913 he was elected a member of the Winchester City Council and became the honorary curator of Winchester City Museum.

Over the years further Prehistoric, Iron Age and Roman material and features have been found around the area of Worthy Down, the most recent discoveries made by Oxford Archaeology during archaeological investigations between 2014 and 2016. These excavations revealed human habitation from the late Neolithic period through to the Roman era, including a late Roman cemetery. Details of the interesting discoveries made can be found here. 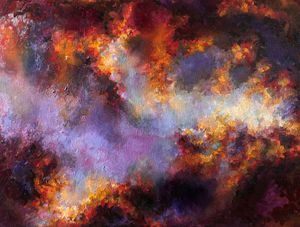 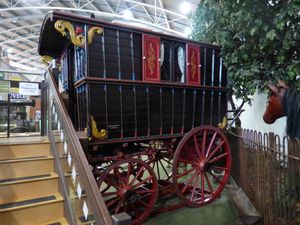 On The Move – At Home on the Road