Hats off to Winchester!

It's Hat Fair weekend here in Winchester and to mark this exciting event, we've taken a look in the collections we care for, for items from Hat Fairs gone-by.

The Hat Fair is a popular street fair that is staged annually across the first weekend in July, in the centre of Winchester, Hampshire.  The name comes from the use of hats by performers to collect donations from their audiences.

Although the fair has been in held Winchester since 1974, the first one was staged in Covent Garden,  London in 1973.  Hat fairs were held at both Covent Garden and Winchester in 1974, but due to conflicts with other events the 1975, fair in London never went ahead and its organiser Mike Dean agreed to Winchester continuing the fair; and the rest is history...

An early founder and performer at both fairs, was Jonathan Kay and his theatre group Attic Theatre which was formed in Winchester in the early 1970s.  Jonathan has remained a creative force behind the Hat Fair since.

Over the years, the fair has grown, in size and success enabling it to draw in bigger acts that would make an international circus proud. More of the city has been used as well including Oram’s Arbour, Winchester Cathedral Green, North Walls and the High Street.

As well as performers such as mime artists, jugglers and acrobats, the fair has also taken in projects such as the painting of bollards around the city and working with schools.  A popular part of the fair is the procession on the Friday, where local school children get to parade and show art and performance projects they have been working on with professional performers and artists.

In 2004, Winchester City Council Museum took on responsibility for a large archive of material relating to the Hat Fair, including photographs, programmes, posters, merchandise and some props.  The archive is now cared for by Hampshire Cultural Trust. In 2008, the archive was used as the basis for an exhibition in the Winchester Discovery Centre celebrating the history of the fair. 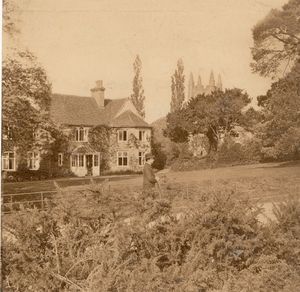 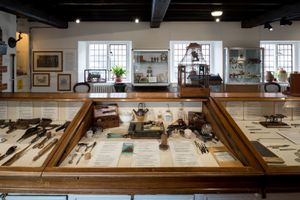 Herbert Druitt: The man behind the Red House collections