In the fourth part of our conversation with Conservators, we start with a question from our CEO, Paul Sapwell.

ALEX: Let’s get started with this question from Paul. He asks: Have you ever met an object you have conserved, in your dreams or nightmares? What happened?

NIGEL: In short, no.

NIGEL: Yes, they have given me many nightmares.

CLAIRE: The only one I can remember is the wedding cake, after that journey to London. [1]

ALEX: Was that for the One Show?

CLAIRE: Yes, I had dreams for the next three nights about it falling apart!

NIGEL: That was a scary undertaking.

RUTH: I don’t know if Claire remembers but we drove it from Basingstoke first and it moved in the car.

CLAIRE: I had to get my adhesive out in the back of the studio – it had crept across its base board with the vibration during travel. Hadn’t done that on the shorter trips so it was a shock!

ALEX: How do you prepare to move an object?

CLAIRE: For the cake, we built a bespoke box and packed inside its dome as well as out. We propped it up level in the seat, strapped it in and watched it like a hawk all the way there.

ALEX: Most of us wouldn’t think about what’s involved in transferring an object from your work spaces to the venues/locations they will be displayed in. Apart from the wedding cake, what’s been the most challenging object you’ve all had to prepare and then move?

NIGEL: I had to get the Challenger Tank ready to move [at Aldershot Military Museum]. I had to get it running so the army could drive it. A chap from REME[2]came with his huge transporter to try to tow it but we had little luck. So instead we had to get it running. I remember having to sort out a huge oil leak, also laying on top of the engine as he started her up so I could check it wasn’t leaking.

NIGEL: I also remember working underneath it. I could only just get under. Quite frightening when you think of the weight of it.

CLAIRE: I couldn’t do that.

NIGEL: The plan was to move it off site, so building work could be done. In the end we only moved it 100 yards I believe.

ALEX: What did it feel like to hear the engine come to life?

NIGEL: Very, very loud. Smoke everywhere. [I] sorted the oil leak. The only time I’ve ever really worked on a tank.

CLAIRE: For me, moving cased taxidermy is always scary.

CLAIRE: I think it’s partly the old case glass, as it’s so thin. The specimens can’t really be packed out easily; they just bobble around on their perch. I had a sparrow hawk once that was on a log, but the log wasn’t fixed to the case base. I did have to pack around that.

RUTH: I worry about moving costume on mannequins, the textiles can be so fragile.

ALEX: Can you give examples?

RUTH: Some of the wedding dresses came back on mannequins. [3] You can’t control the movement of mannequins during transit so if the fabric is fragile, movement could put undue stress on it.

ALEX: Were there any in particular that caused the most concern?

RUTH: The fragile ones would have been the older silk dresses.

ALEX: Silk is generally quite a fragile material isn’t it?

RUTH: Yes. Particularly old silk as it can shatter quite easily.

You can see some of the objects mentioned by Claire, Ruth and Nigel on our collections pages at collections.hampshireculture.org.uk

[2]Royal Electrical and Mechanical Engineers, a corps in the British Army, they are responsible for maintaining the equipment that the Army uses.

[3]From the exhibition I do! which ran from October 2018 to January 2019 in the Gallery, Winchester Discovery Centre. 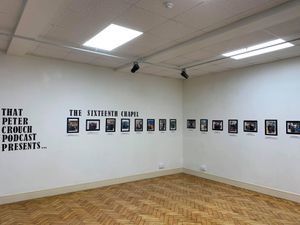 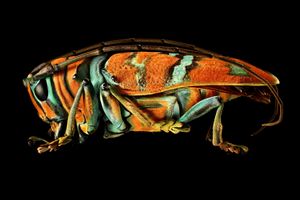