In the third part in our four part series for Winchester Green Week 2020, we introduce how the study of the behaviour of insects has helped us realise the impact of climate change.

Over the past 50 years, recorded changes in the phenology of moths and butterflies, when they appear and their numbers, has revealed new insights into the life cycle of these fascinating creatures, whilst providing information on the impact of a changing climate. Of the 405 moth species monitored, 81% are now flying earlier, some species by as many as 18 days.

While some moths are emerging earlier, extending their range northwards, others have suffered, including one of the most common Hampshire moths: the Garden Tiger. Traditionally ending up in many a small boys jam jar, warm winters and wet springs have seen their numbers fall by 92% over 40 years.

‘Woolly Bears’, the large, brown, ‘hairy’ caterpillars of the Garden Tiger were a common sight in hedgerows and gardens and their disappearance has impacted on other species, particularly the Cuckoo. The caterpillar was a main food source for the adult birds and its absence is seen as contributing to the Cuckoos decline, particularly in the south of the UK.

“…the little things that run the world”

“If all humankind were to disappear, the world would regenerate back to the rich state of equilibrium that existed 10,000 years ago. If insects were to vanish, the environment would collapse into chaos.”

While some insects have adapted to a changing climate, appearing earlier each year, this can have dire consequences for other species, particularly birds. By the time their chicks hatch, the butterfly and moth caterpillars they feed on may no longer be available.

As some insects adapt, globally the picture is one of massive decline. Dedicated amateurs around the world, applying the observational science pioneered by Gilbert White, are helping to tell a grim story. One group in Germany has been collecting insects from dozens of different nature reserves since 1989 and recorded an 82% fall in the average weight of insects caught in their traps.

There are a number of reasons for what has been described as an ‘insect Armageddon’: pollution, habitat changes, overuse of pesticides, and global warming. Insects act as pollinators for our fruits and flowers and flies, beetles and wasps kill pests and help decompose organic waste. Estimates on the extent to which the mass extinction of the planets insect population will impact on our own prospects for survival vary, but is surely not a calculation we should put to the test. 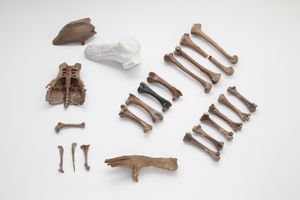 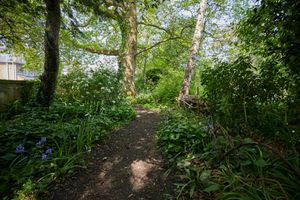 Nature on our Doorstep: Three interesting plants from our collections and how they are affected by climate change