Victorians in the Westgate: 123 years as a museum

Hidden at the top of Winchester high-street lies the Westgate Museum. Many locals who visit the museum remark that they have lived here all their lives, but never visited the Westgate, or did not realise it was a museum, assuming it is relatively new. However, the Westgate has been a museum for 123 years and will be celebrating this anniversary on 16 September 2021.

The building was opened as a museum by Alderman William Henry Jacob, the first honorary curator, in 1898. It was Jacob and the Victorians who took steps to make this unique building what it is today.

The stunning wall carvings that you can see today, left by prisoners when the building was a debtors prison from the Tudor period until around 1745, had been covered in plaster in 1750. This was done when the gate was joined to the ‘Plume of Feathers’ pub and used as a games room. When it became a museum the plaster was stripped back, along with any other newer wall paneling and floorboards, to take the Westgate back to its original state. While this work was being carried out, various objects such as clay pipes and tools used for carving into the walls were found and can be seen on display today.

The stairs to the roof that you can see today were also added by the Victorians, so that great views of the city below could be seen. They also moved the entrance door from underneath the archway, still visible today, to the side of the building.

As the pub was only taken down in 1940, all traffic before then would have passed underneath the Westgate. With the constant traffic, we would imagine it was much easier to move the entrance in order to facilitate a museum without having to dodge cars to enter the gate!

To celebrate the opening of the Westgate Museum, a small party was held on the roof and a photographer was invited to record the scene.

The Victorians, with the guidance of Alderman Jacob, were the first ones to make the Westgate’s vast history known and accessible to all and it has stood the test of time, along with opening its doors to the public for 123 years.

You can visit the Westgate for yourselves before we close the gate for the winter and take in a hidden and intriguing part of Winchester! 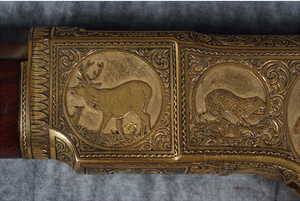 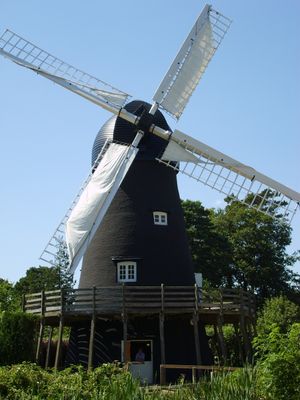