All about objects-Heritage Open Days 2021

The Hampshire County Council firearms and weapons collection, cared for by Hampshire Cultural Trust, consists 1,146 objects. It contains not just guns, but also swords and gun paraphernalia such as manufacturing and maintenance tools.

Although there are weapons from a number of sources in the collection, the largest is the Vokes collection, which numbers 350 guns and associated objects.

Cecil Gordon Vokes was born in 1891 in Hampshire and was interested in engineering at a young age, training as an engineer at John Thornycroft and Co Ltd, Southampton. In 1921, he set up a company in Putney, which primarily manufactured air filters for cars and planes. In 1938, a smaller factory was opened in Alton, Hampshire, to cope with additional demands.

His real passion, however, lay not in filtration, but in firearms. He was an avid collector of sporting and antique firearms and amassed one of the largest privately-owned firearms collections in England, totaling over 300 pieces. Vokes was particularly interested in sporting weapons and many of the weapons in his collection were used by him and visitors to his farm near Alton.

Vokes passed away in 1961 and as he was he was a Friend of the Curtis Museum and had a close connection with Alton, he left his collection to Hampshire County Council.

Below are some examples of the items in the collection.

This revolver fires a large .50 calibre bullet, which would have had considerable stopping power. The long barrel would have given the bullet greater velocity and would also help improve accuracy.

The hammer has no spur or projection, so that it cannot be pulled back by hand, but only by means of the trigger.

Until the arrival of Samuel Colt at the Great Exhibition of 1851 with his display of percussion revolvers, British gun makers had largely neglected them, except for pepperbox revolvers, where three or more barrels revolved to allow multiple shots

There was much debate as to which was the better system, Colt or Adams. Various test shoots were carried out and results seemed to suggest that the Adams pistol was the better weapon. However, the Colt pistol was certainly the more popular, most likely because it was cheaper.

This gun was made in the United States in the 1860s by Winchester and signed by Conrad F Ulrich, who, along with his two brothers, engraved guns for the company. It was believed to have been brought to England by W. F. Cody, Buffalo Bill, for his Wild West Show during his European tour in around 1900. The gun is finely decorated with scenes of the Roman Goddess Diana hunting.

This Flintlock duck’s foot pistol with four barrels was made in London around 1780. Duck's foot pistols of this type were popular among naval officers, as the confined quarters on board ship made the simultaneous discharge of four barrels an effective deterrent to mutiny.

For more information on the firearm collection cared for by Hampshire Cultural Trust please visit the link below. 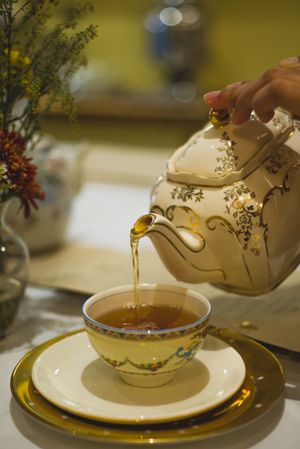 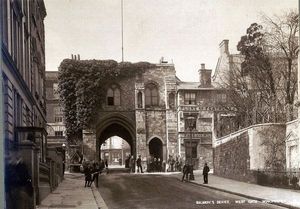 Victorians in the Westgate: 123 years as a museum