Tino is feeling nervous about meeting Tilly again after lockdown. What if he can't think of anything to say? What if they don't get on any more? Read on to find out how Tino's nerves disappear after a nighttime adventure, then have fun with our Teddy Tales activity.

Tino stared at the postcards arranged in a row. They were all from his friend Tilly and each one had a picture that she had drawn on it. Rupert and Tilly had not seen each other for a long time, but they had kept in touch by sending postcards and sometimes by having a Zoom meeting, when Bill could set it up on his computer.

Tino missed Tilly. He missed talking to her, he missed playing with her and he missed her jokes. Life had been dull without her. Whenever they used to meet, Tino would share tales of his races and adventures and they would both laugh together. But since lockdown there had not been any races or adventures. Tino was worried that when they met up he would not have anything to say. He was worried they would feel awkward. What if Tilly found him boring?

‘Don’t worry’ said Bill. ‘I’m sure you’ll find lots to talk about. Soon you’ll be laughing and chatting like normal.'

That night Tino couldn’t sleep. As he lay in bed worrying, he heard a strange noise coming from the garden. He got out of bed and looked out of the window to see what was making it.

‘Hoot!' went the noise, but Tino couldn’t see what it was it. ‘Well, since I can’t sleep, I’ll investigate,’ thought Tino.

He opened the bedroom door and quietly went downstairs. He opened the back door and looked out into the garden. But he couldn’t see what the noise was. Outside in the dark it all seemed a lot scarier than he thought it would, but Tino was used to adventures. He balanced on the doorstep and looked around. He still couldn’t see anything but he could hear something rustling in the tree. As he leaned out further, a dark shape swooped out of the tree at him with big, round, glowing eyes.

‘Hoot!’ went the owl. Tino was so startled that he tripped over, falling off the doorstep. Then to his horror he heard a click as the back door swung shut!

‘Oh no! I’m stuck here now!’ he thought. He was proud he had found out that the strange noise was an owl, but he was starting to feel cold. He found some gravel to throw against Bill’s window. After the fourth piece bounced off the glass, Bill’s head appeared shouting: ‘Who’s there?’

‘Oh Tino, what are you doing out there, it is the middle of the night, you silly bear! Wait there, I’ll let you in.’

The next day when Bill took Tino to meet Tilly, Tino was not nervous any more: he now had an adventure to tell her about. As Bill predicted, Tino and Tilly got on as well as ever: laughing, sharing tales and jokes and being very pleased to see each other again.

Write a postcard to a friend and make your own owl mask!

Tino, Tilly and all of Bill’s collection of 269 bears will soon be moving into a new home at Mr Simpson’s Teddy Bear Museum in Milestones Museum. Find out how we’re getting the bears ready for their move. 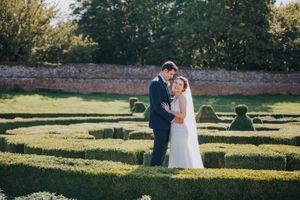