Baby Teddy is missing playing with his friends. It's just not the same having to play on his own. Then Rupert remembers a game from when he was a young bear that all the bears can play together - while still staying a safe two metres apart! Read on to find out how the bears enjoy playing together again, then have fun with our Teddy Tales activity.

'I’m bored,' said Baby Teddy. 'I was looking forward to seeing all my friends again and playing games, but we all have to stay away from each other, even when we are together! Now everyone is playing on their own but I miss playing with other bears.'

'I know a game,' said Rupert. 'It’s an old game that I remember playing when I was a young bear, when lots of bears had bad colds and we couldn’t be near each other. The game is called Follow the Bear. Go and get everybody then we can play!'

Baby Teddy got everyone together. He got Tino, who was working on Bill's racing car. He got Tilly, who was practising her climbing on the bookshelf. He got Roberta, who was kicking her football against the wall. He got Lord Meight, who was giving a very important speech to an imaginary crowd of bears. He got Pickle, who was just finishing baking a cake. He got Tinker, who was drawing a map for a secret mission. He got Felicity, who was painting a picture of a pony, and he got Sidney, who was practising on his didgeridoo.

Rupert had arranged chairs in a circle for everyone. Each chair was two metres away from the next one. Bill sat on a chair in the middle of the circle.

'Right,' said Rupert. 'Everyone sit on a chair. You will be doing a lot of moving in this game, but you won’t be getting out of your seats!'

'Yey!' said Baby Teddy, who got all the movements right.

'Oh, this game is far too easy for me,' said Lord Meight. 'It may be ok for very young teddies, but it’s no challenge for me at all.'

'Let’s try it,' said Rupert. 'Clap!’ Everyone was a bit slower, but stamped their feet.

'Up!' Everyone put their paws down. 'Stamp!' Everyone clapped, except Lord Meight who stamped.

Soon everyone was getting it wrong and laughing.

'See,' said Baby Teddy. 'It’s fun to play on your own, but even more fun playing together!'

Play your own game of Follow the Bear, ask 20 questions and have dot-to-dot fun with our Teddy Tales Fun and Games activity sheet!

Rupert, Baby Teddy, Lord Meight and all of Bill’s collection of 269 bears will soon be moving into a new home at Mr Simpson’s Teddy Bear Museum in Milestones Museum. Find out how we’re getting the bears ready for their move. 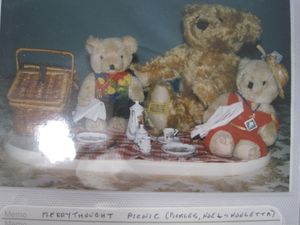 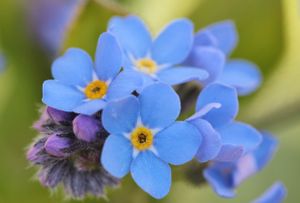