The bears arrived in the laboratory in a very sorry state.  Before arriving at the museum, they had suffered from clothes moth, and although treated on arrival to prevent further moth attack (and so that we didn’t introduce any pests into our stores) the damage they had done was still clear.  Moths love natural fibres, particularly wool, and they had munched straight through the woollen parts of Noel’s jumper, leaving the colourful (synthetic) crochet panel untouched.

Noeletta on the other hand had no clothes at all, but some detective work found traces of red wool and moth frass (poo) in her fur.  It seemed she had red woollen clothes, but what were they?  And what did Noel’s jumper look like?

Luckily, Mr Simpson didn’t just leave his bears to us, but a stack of photo albums, and with a bit of searching an image of the (fully clothed!) bears was found.  Noel’s jumper was sleeveless, and Noeletta’s dress a red knitted shift dress.  What looked like a red ribbon around her neck had completely disappeared.

It turned out Noeletta had also had a hat, which a bit of searching in other boxes revealed. It seemed really important to the story and appreciation of the bears to present them as closely as possible to how Mr Simpson had kept them, but the only way of doing that was to knit some replacement clothes.  This might not be a usual task for a conservator, but such challenges are all part of problem-solving and the creative joy of the job!  Being a bit of a novice knitter however, and with no pattern to follow, it was a case of keeping it simple.  It was also very important to use a synthetic fibre, so that it wouldn’t be a temptation for a whole new generation of moths. 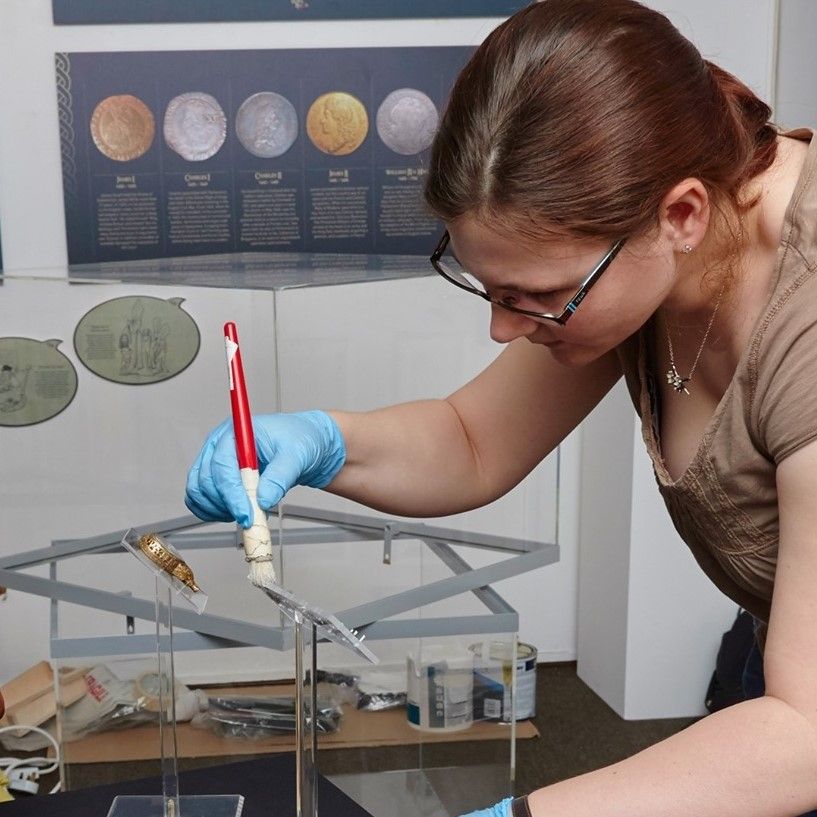 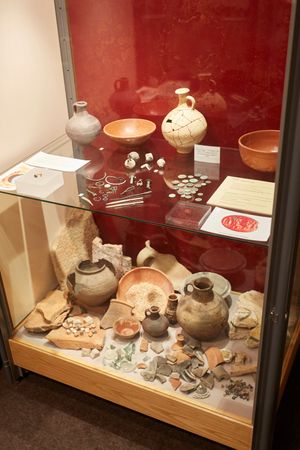