The legend of the Christchurch Dragon

Dragons are legendary creatures that have been part of European folklore for thousands of years. They are usually depicted as fire-breathing, lizard-like animals with large leathery wings and long, muscular tails.

When the Anglo-Saxons arrived in Britain over 1500 years ago, they brought their own stories of the gods and monsters they believed shared their world, from the raging seas they sailed across to the dark forests they hunted in.

Dragons featured in many of these stories and continued in popular imagination after the conversion of the Anglo-Saxons to Christianity. Local tales of dragons can be found across England. One of the least well-known comes from Christchurch.

The story begins one stormy night in 1113 when nine French canons arrived in Christchurch carrying a shrine containing relics of the Virgin Mary. They were on a mission to raise funds to repair their cathedral in Laon. At the time, holy relics were commonly used by religious institutions to raise money and attract patrons. They sought shelter in the minster church, but the dean claimed the building was not secure and sent them into town to find lodgings. He feared their relics would attract more offerings than those in his own church.

It was the eve of the town’s annual fair and the inns were full, but a group of merchants took pity on the canons and offered them their rooms. The canons left town the following morning and were soon passed by riders who told them the town had been set on fire by a terrible dragon. Not wishing to miss the spectacle, the canons turned back.

Flying above the town was a huge five-headed, fire-breathing dragon, yet the canons noticed that the inn where they had stayed had miraculously survived, as had the merchants, who had left earlier that morning. However, the church where they had been denied shelter had been entirely destroyed.

The first account of the canons’ fundraising trip to England appears in a contemporary document written by Guibert de Nogent. He refers to the burning of an unnamed English town visited by the canons, which he attributes to a lightning strike - a punishment for the inhabitants' ungodly behaviour.

Within a few decades, the tale had been elaborated to include the name of the town, ‘Christikerca’, and the lightning strike had morphed into a five-headed, fire- breathing dragon. And so a legend was born. 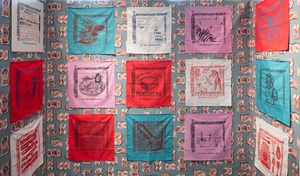 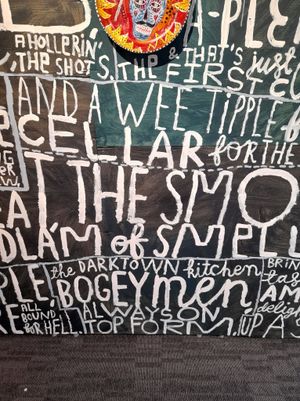 Breaking the Rules: Reading Fungus the Bogeyman (1977) with Jonny Hannah