The ‘Great Tommy Sleep Out’

Costumed Volunteer David Whithorn discusses his role as a volunteer for Milestones Museum and his recent participation in the Great Tommy Sleep Out for Royal British Legion Industries.

"With a life-long interest in the Great War of 1914-18, it was with great pleasure, upon retirement, to become a Costumed Volunteer at Milestones ‘Living History’ Museum. I take the part of a British ‘Tommy’ with my table of original artefacts that I use to explain the story of the World War I to visitors, old and young alike.

I have supported the Royal British Legion for 20 years, selling poppies. In 2019, while selling poppies, two homeless ex-servicemen came up to me. They saw the poppies and between them they gathered every piece of money they had, and put it into my tin. One said, ‘It isn’t right we have to live like this, but we know there are those worse off than ourselves.’ Their hands and fingers were too cold to pin the fragile poppies onto their coats, with the greatest pride and tears in my eyes, I did it for them...

In March 2021, the RBLI set up the ‘Great Tommy Sleep Out’ campaign, to raise awareness and money to assist the estimated 6,000 homeless ex-service personnel and help them get back on their feet. The campaign required that you spent ‘a single night under the stars’ to raise money for the charity. This event has attracted many young ex-service personnel to do their bit with their old service and more modern camping kit. I decided to join them, but with the emphasis on the ‘historical Tommy’ and how he did things first time around!. The RBLI were delighted at the idea! I would camp out for a minimum of 12 nights, one for each of the years of the two World Wars – whatever the weather...

In the image above you can see my basic set up... The average ‘Tommy Private’ would only have what he stood up in, one/two blankets, his groundsheet and what shelter he could find. An officer would fare a little better, therefore I opted for the latter, taking the part of a junior officer in my ‘home’ battalion, 16th Bn. West Yorkshire Regt. 1914 – the ‘1st Bradford Pals’. This 1944 tent was rescued and restored from being a garage dust-sheet. To sleep in, only ‘original’ would do; woolen combinations and socks, service pyjamas, home-knit jumper and a sleeping helmet.

Inside the tent, (shown above) my original groundsheet, palliasse filled with hay – on top of this a 1918 officer’s ‘Wolseley valise’, a waterproof heavy canvas cover for bedding and, when rolled up, would contain his kit for transport. Inside this, an original 3-ply woolen ‘fleabag’ to sleep inside (with what usually also lived in the hay – ‘flea’ was often the operative word!), on this another Army GS wool blanket for extra warmth. To top it all off, my heavy army ‘greatcoat’.

None of this original kit came with instructions, but many years of study and picking up comments in soldiers’ memoirs taught me all I needed to know. One comment from an officer who complained he woke each morning in his valise with an ‘aching spine’ provided a vital clue, nothing to do with sleeping on hard ground as most might think, but how to keep warm in winter. A lesson I had learned to great advantage – though it too caused me a daily ‘aching spine’!

No LED lanterns for me! As well as a Canadian 1914 trench lantern for illumination, the photograph of my tent shows a 2-gallon petrol tin (used for water transport in the line) as a sign. When beyond normal use, these tins were sometimes converted into directional signs for trenches. Survivals of originals in the Passchendaele and Canberra museums allowed me to make these replicas with only the tools 'Tommy' would have had. Their directions are not random either – for those in the know, regarding the story of the ‘Bradford Pals’, each of these locations had its part to play on the evening of 30 June 1916, as the Pals made their way ‘up the line’ that night, where they sadly fell the following morning, on first day of the Battle of the Somme.

The event allowed for cooking meals too. But no modern camping gas stove here – the Great War 'Tommy' was inventive and constrained by the use of smokeless fuels (e.g. charcoal) in the line. Harry Drinkwater, in his memoir, Harry’s War, told of how, when he and his section had to hold an isolated post on the Somme, they could only receive uncooked rations at night. His description of the stove they made from two 2-gallon petrol tins was sufficiently detailed that I was able to fabricate one from identical tins. Here is mine, cooking up the ever ubiquitous Bully beef stew. The sounds and smells of frying bacon in the morning were every bit original and tasted good too!

Getting into my valise each night was very awkward,and the bedclothes felt incredibly heavy and very cold indeed. Having fastened myself in, I could barely move – but slowly came the benefit – warmth. Despite the nightly frosts, I never woke up cold, in fact I felt quite toasty each morning! The wind and rain lashed the tent, but all stayed firm and dry inside, it was just their sound that kept you awake in the dark, until the dawn chorus took over. The candle illuminated everything with a steady glow. Everything, literally everything, was as it was over a century ago out in an army camp in France, even the occasional lorry on the road in half-sleep became simply more supplies being brought ‘up the line’. For one who has studied the Great War for a lifetime, it was insightful way into the ‘Tommy’ way of living.

The donations I received were many and generous, raising over £1,000 in total. Many came from Bradford and people abroad wanting to contribute for the hours I had spent with them finding, researching and telling them the stories of their ancestors who fought and fell in the Great War.

And somewhere are two ex-servicemen who will never know how they inspired me that day they bought their poppies. Hopefully now, their homeless comrades will benefit from efforts of many who took part in this event, whom they will never know, and from one old ‘Tommy’ representing the ‘Bradford Pals’, 1914-18."

By David Whithorn - Historian and Costumed Volunteer at Milestones Museum

Are you interested in volunteering? Milestones is currently looking for more volunteers for a variety of roles. Please visit our website, to find out more. 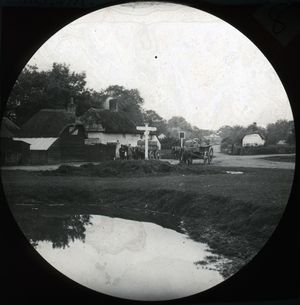 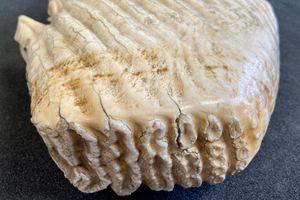