Teddy bears have been popular with children and adults alike since the early 1900s. In 1902, the President of the United States of America, Theodore Roosevelt, was out hunting in Mississippi. He was unsuccessful and his hosts thought they would please him by capturing a black bear cub and tying it to a tree for the President to shoot. This, in fact, had the opposite effect and the President was offended that he thought his hosts would contemplate such an unsporting action as killing a tethered bear.

Since that time, teddy bears of all shapes and sizes have been made by many companies. Such is their popularity, there is an official Teddy Bear's Picnic Day which is celebrated on 10 July every year. The day was created based on the popular song The Teddy Bear's Picnic.  The tune was originally composed by John W Bratton in 1907, when it was called The Teddy Bear Two Step. The lyrics were added in 1930 by Irish songwriter, Jimmy Kennedy and became The Teddy Bear's Picnic. The first known recording of the song was by Henry Hall in 1932 and since then many artists, included Bing Crosby in 1950, have recorded versions.

In 1979, the 'Great Teddy Bear Rally' was held at Longleat House, home of the Marquess of Bath. This was a charity event and more than 18,000 people and their bears attended. Teddy Bear Picnics now take place in many different locations across the world.

Teddy Bear's Picnic has also made an appearance in the Channel 4 series Bake Off: The Professionals as the theme for the final show piece challenge in 2021.

To end, I thought I’d share a photo of some of my teddy bears enjoying a picnic – including Milestones' Fenton bear, looking very smart in his turquoise bow, a limited edition bear made by Merrythought to commemorate the opening of Mr Simpson’s Teddy Bear Museum at Milestones Museum in Basingstoke. 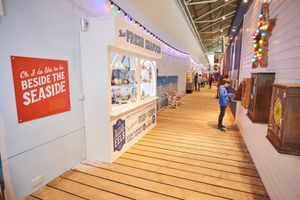 Bringing the seaside to Basingstoke 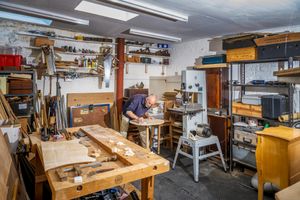