It's time for the third part in our Teddy Bear Focus series. This series looks at some of our more unusual teddy bears from Mr Simpson's Teddy Bear Museum at Milestones Museum in Basingstoke. This time we take a closer look at the history of the British teddy bear company, Dean’s Rag Book and some of the teddys from Mr Simpson's collection on display at Milestones that were manufactured by the company.

Dean and Sons was founded in the 1800s. They were a successful publisher and printer of pop up books for children. Henry Dean later developed the idea of making 'rag books'. He realised that he could print children’s books on fabric rather than paper, meaning books would be much more durable, could not be ripped by children and were washable. On 18 December 1903, he filled the patent for ‘books with cloth leaves’ and started the Dean’s Rag Book Company as an offshoot the same year.

The company logo was a bulldog and a terrier fighting over a rag book. The books were very successful and quickly built a reputation for indestructibility.  Soon, the company built on this reputation to begin to make cloth toys as well as rag books. Dean’s Rag Book made its first teddy bear in 1915 at its factory in London at Elephant and Castle. They made kapok stuffed ‘Bendy Bears’ in the 1920s which had movable limbs and an internal metal framework.

In 1931, they mostly moved over to artificial silk as bear making material, but in 1936, they did reintroduce a set of gold, pink or blue mohair bears. By now, they had several factories across Britain.

Like many companies, they dramatically reduced the production of bears during the Second World War, concentrating instead on manufacturing equipment for the armed forces such as life jackets for pilots.

In the 1960s and 70s, production continued at their factory in Rye, Sussex and they introduced the 'Dean’s Childsplay' range of bears.

In 1986, they were taken over by Plaintalk, forming Dean’s (1903) Company Ltd. Unfortunately this company was short lived and soon after went bankrupt. But in 1988,  two ex-managers of the company, Neil and Barbara Miller bought them out, reviving the Dean’s Rag Book Co Ltd. name and producing high quality limited edition collector’s bears.

If you are trying to identify a Dean’s bear, the first thing to look for is the label and on early bears ‘Dean’s Rag Book’ printed on the foot. Some very rare early bears also had an ear button. This was quickly dropped after Stieff started to sue companies for copyright breach in the 1920s.

Dean’s bears generally have short, thick set curved arms and stocky legs. They have triangular heads with flat ears or round heads with ears set on the sides like mouse ears. Most are fully jointed and made from mohair or synthetic silk.

We have a range on display at Mr Simpsons Teddy Bear Museum from Rupert, made in 1917, to the much later limited edition collectors bears. 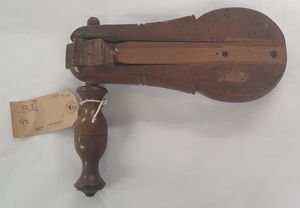 Raising a ‘hue and cry’ – a ‘rattling’ good tale 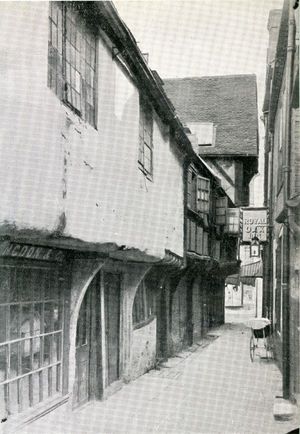