In March, Red House Museum welcomed a collection of artwork by collaborating artists, Pete Gilbert and Hugh Lohan. The exhibition is titled Take Another Look and will be available to visit for free when the venue reopens. Until that time, we hope this article gives you a pleasing insight into some of the work within the exhibition.

Pete Gilbert is a landscape artist, renowned for his vibrant, colourful paintings. Hugh Lohan is a photographer, best known for his evocative black and white photography. Both are well known across Hampshire and Dorset for collaborating together on exhibitions of their New Forest imagery.

Take Another Look includes the New Forest but for the first time takes creative inspiration from subjects and scenes further afield as well as exploring the artists individuality. This exploration has even taken them a step towards the Abstract, a new direction for both Pete and Hugh. This is the first time both artists have exhibited at the Red House Museum and will include new work of local scenes, including Hengistbury Head and views towards The Priory.

‘I spent a good part of 2018/19 walking, sketching and photographing the River Test in Hampshire, aiming for a two man show (Hugh Lohan and myself) at the Silk Mill, Whitchurch. This painting, originally called "Sunrise on the River Test", (there was more than one so it was renamed), is at a location we came back to time and time again, knowing that there was something to capture, it was just that neither of us had! So early one very cold morning I took my sketch book back once again and waited for the sun. The compositions I had already done needed more and this time I found it. I drew quick impressions in pencil in my small sketch book and then on an A3 did some colour work in pastel. Back at the studio, fingers frozen, I put the sketches away. It wasn't until much later, with the Silk Mill exhibition up and running, that I remembered the drawings. Despite this, I did the painting anyway as it had finally come together. Right time, good reflections and the softness of the morning light. It is an amalgam of the drawings, both pencil and pastel, so I guess it is not a true representation of "the place", but it is a legitimate rendition of "the moment". It is an Acrylic on a box canvas.’

Journey On a Silk Road

‘The exhibition is called "Take another Look" because I wanted people to look again at my work. If I am known, at all, it is because of my New Forest landscapes but I paint other subjects including Seascapes, Life Drawing and the occasional, Abstract. Silk Road was a MUST PAINT.  It took well over a year to complete as I did not work on it continuously. It was by chance that I was listening to the radio at the right moment when a snippet of YoYo Ma's ‘Silk Road Journey’ was playing on the radio. I was hooked. It brought patterns, colour, vague forms, but most of all movement and direction. ‘How do I paint that?’ I wondered. So I bought the CD and played it over and over until I had a loose idea of what I wanted in terms of texture, variation, movement… The journey. It took me quite a while to determine what was necessary to resolve the flow of music and movement into one image. The gold leaf is the journey, the rest is what is happening all the time all, around us, continuing on relentlessly.’

Burning off at Ocknell Pond was taken when I was working with Pete Gilbert on his project, ‘A Year in the New Forest’. My aim was to try and capture the work that took place out of sight. If you drive westwards on the Bolderwood road, pass under the A31 and drive just over half a mile towards Linwood, there is a turning that takes you towards Fritham. Along this narrow road you will come to Cadman’s Pool on your left and Ocknell Pond on your right. I saw some smoke rising up from Ocknell Pond and thought I might find some charcoal making or clearing up of some sort.

I certainly didn’t see a pond, but I did see a small fire engine, some 4WD vehicles, and men with long metal poles with flames at the working end, carefully burning off the undergrowth. I asked who was in charge and was directed to Richard Stride.

The men ignored my presence and they carried on burning, making sure the fires were always under control. I wasn’t sure whether there was a picture here because the figures were back lit and all I had was a few silhouettes. But what attracted me at the time was the atmosphere created by the light, the smoke and the figures. These elements combined to create an interesting atmosphere.

Although the image was rejected for the RA Summer exhibition recently, it was voted best photo at the photo competition held during the Hampshire Show in 2019.

What I did not know at the time was that I was standing on the busy end of WW2 Stoney Cross Airfield. If you study Google Earth, you will clearly see the runways, perimeter track and areas were stores and fuel were kept. The New Forest holds a lot of secrets, ancient and modern.’

‘I love the early morning light. But I dislike getting up early as I stay up very late at night. Anyhow, I had visited Keyhaven many times and realised that a sunset shot around Hurst Castle and the lighthouse would not make much sense. It had to be a dawn shot.

I recall arriving at about 5.45 a.m., walking alongside the lakes towards Hurst Castle. By 6.15 a.m. the sun was well and truly up. The sky was a glorious pink. Not a ripple in the water, no boats moving in a current, no sheets flapping against the masts. This is it. Got it.

Now, as you know a picture in the back of a camera is one thing; looking at a large copy on the monitor is another, but the truth will be revealed only when the image is printed. Raw into TIFF, very slight adjustments in Lightroom, then Photoshop for printing on archival paper with archival ink. Result!

No, it was straight off a biscuit tin. The colours were real but looked unreal. Disaster. Put it on show and the usual comment was ‘Oh, isn’t that nice’. I don’t sulk but I do get a bit grumpy when I get it wrong and I don’t really know why.

Later, when I at last discovered the secrets of producing absolute black and white prints, I did just that with the photo. For me it was a definite 'Wow!’ 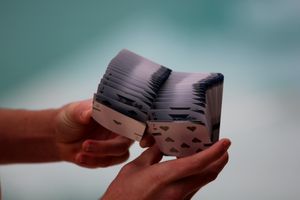 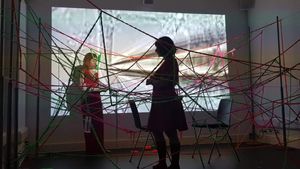