Saturday night at the movies

This weekend marks 125 years since the first cinema screening in Great Britain. Join us as we take a look back at the history of cinema in the UK and share some local cinematic photos from the collections cared for by Hampshire Cultural Trust.

The Birth of Cinema

The first public performances of films before a paying audience in Great Britain began at the Polytechnic, in Upper Regent Street, central London on 21 February 1896. Consisting of short films made in France by the Lumière brothers and shown via their Cinématographe equipment, the programme was so successful that it transferred to the Empire Music Hall in Leicester Square as one of the top items on the bill. The new marvel of 'animated pictures' spread rapidly through travelling fairs, showmen hiring local halls for special shows and, most significantly, through the music halls.

New regulations came into effect in January 1910 to improve cinema safety. As the nitrate film stock being projected was highly flammable, cinemas were required to provide a fire-resistant projection booth. This resulted in a boom in purpose-built picture houses. These usually had flamboyant exteriors to catch the eye with payboxes open to the street.

With the emergence of Art Deco design in the 20’s, facades became more stylised and interiors richly decorated with plasterwork on interior walls and ceilings reflecting the on-screen glamour of Hollywood’s Golden Age.

All cinemas were closed at the start of the Second World War in September 1939, but opened again within a week as the authorities realised that the nation needed entertainment to keep up morale. Cinemas enjoyed a boom in attendances from 1941 onwards, with audiences seeking escapism from the horrors of war.

The post-war period saw a steady decline in cinema going. By the 1970s, cinemas became increasingly dependent on ‘blockbuster’ films, the first of these being Jaws in 1975 followed by the start of the Star Wars saga in 1977.

The first multiplex cinema in the UK opened in Milton Keynes in 1985. With a million admissions in its first year, it paved the way for further multiplexes, usually in out-of-town sites, resulting in the further decline of town centre cinemas.

The growth of television and a harsh entertainment tax crippled the cinema industry during the 1970s and led to many cinemas closing down.

Now, a new age is emerging, as streaming platforms make films accessible at the click of a button and the national lockdown has closed public access to cinemas across the country. 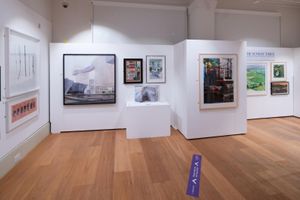 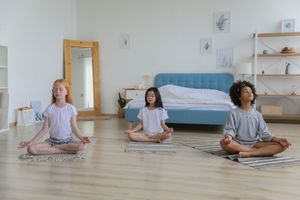 Be kind to yourself and meditate