Pottery was very important to the Romans. It was what they used as containers to carry all sorts of things around, like food, drinks and medicine!

Roman pottery was often decorated using engraving and potters’ skills were highly in demand, making objects that were both beautiful and useful. Once they were made, pottery was often transported throughout the Roman Empire across the globe.

Let’s take a look at some different types of Roman Pottery:

This type of pottery was used during formal occasions for serving food at the dinner table. It took a lot of skill to decorate such detailed designs, but the end result is very beautiful.

This type of pottery was much less decorative than fine ware and was used for everyday activities, such as cooking. For Romans who were poor, this was the only type of pottery they could afford.

Pottery came in lots of different styles, shapes and sizes, depending on what it was used for. Take a look at some of the pottery that the Romans used over 1,500 years ago in Winchester, on display in Winchester City Museum. Can you spot what is fine ware and what is coarse ware?

One very popular style of pottery was called an ‘amphora’. These pots were often very tall, had two handles and were used to store liquids like olive oil.

Have a go at creating your own pottery design by colouring in the amphora below. Will you make yours very detailed and decorative, like fancy, fine ware pottery, or go for a simple and bold design like coarse ware? Use your imagination – let’s get creative! 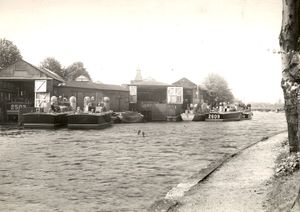 Serious Business on the Water