In the last 20 years or so there has been an explosion of female and non-binary talent on the comedy scene. This is evident from the fantastic women who have performed comedy at our three arts centres over the years.

In celebration of International Women's Day on Monday 8 March, Hampshire Cultural Trust's Live Performance Coordinator for comedy and FunnyWomen.com editor, Kate Stone has put together a list of five women comedians who are her 'Ones to Watch' for 2021 and beyond...

1. Sophie Duker: I first encountered Sophie at the 2015 Funny Women Awards final, where she showcased her, now signature, firecracker wit. Since then Sophie has gone from strength to strength with TV and radio appearances and an Edinburgh Newcomer Award nomination for her debut show Venus.

2. Jen Ives: Jen hasn't let lockdown hold her back from establishing herself in comedy, since live performance was first put on hold in March last year, Jen has had several YouTube videos go viral, featured in the New York Times and launched her podcast Peak Trans.

3. Helen Bauer: You may know Hampshire-born comedian Helen from her podcast Daddy Look At Me, with TV's Rosie Jones, her no holds barred comedy style sees her tackling a wide range of suprisingly delicate subjects expertly. It was no surprise to me when Helen's debut show Little Miss Baby Angel Face was nominated for Best Newcomer at the 2019 Edinburgh Awards.

4. Thanyia Moore: Kids might recognise the winner of the 2017 Funny Women Awards as Molly from CBBC's Jamie Johnson, but Thanyia Moore has been carving a career out in comedy for some time and it is beginning to pay off with appearances in BBC's Bamous and the BBC's Festival of Funny, look out for Thanyia!

There's no doubt about it in my mind, when it comes to comedy the future is female. Of course none of these talented women would be able to do what they do without an audience! Do keep a look out for these comedians and more our future comedy events and support live comedy. 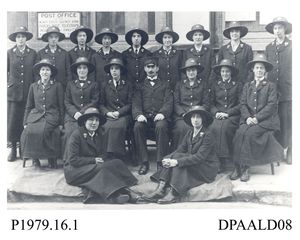