On Thursday 8 September 2022, it was announced by the Royal Family that Queen Elizabeth II has passed away. Today, we continue to remember with gratitude her lifetime of service as Britain’s longest-reigning monarch, serving the nation with devotion for 70 years since 1952.

Queen Elizabeth II had a long association with Hampshire, partly due to the strong military presence in the county and it is not possible to list all the visits made by her majesty to the county during her long reign.  The following photographs from the collections cared for by Hampshire Cultural Trust show some Her Majesty’s visits to Hampshire.

As early as 1938, the then Princess Elizabeth and her sister Margaret attended the Aldershot Military Tattoo rehearsals.  Several thousand children were able to watch the rehearsals free of charge.

Around 10 years later, Elizabeth married Phillip in 1947 and the couple honeymooned at Broadlands in Romsey, the home of Phillip’s uncle the first Earl Mountbatten of Burma.

One of Elizabeth’s first engagements as Queen, even before her coronation was a visit to HMS Daedalus on the 21 November 1952.

Such was the public’s appreciation of the visit that a painting was presented to the city by public subscription to commemorate the visit. The cost of the portrait was met entirely from voluntary contributions under an appeal launched by Councillor Mrs Thackeray. The painting can be seen in the King Alfred Hall in Winchester Guildhall.

On the 8 June 1959, Queen Elizabeth visited Winchester again, this time to open the new Hampshire County Council building, fittingly called Elizabeth II Court.  The people of Winchester lined the streets to greet the Queen and the Duke of Edinburgh, despite wind and rain. From Winchester the couple went on to Portsmouth and Gosport for engagements there.

The Queen was to visit Winchester again on the 25 July 1967 for a review of the newly formed The Royal Green Jackets at the regimental cricket ground at St Cross.  The Queen was the Colonel-in-Chief of the regiment.

An important annual event in the royal calendar is the attending of Maundy Thursday services round the country and in 1979, Elizabeth attended the service at Winchester Cathedral on the 11 April. The service and visit also celebrated the 900th anniversary of the Cathedral. 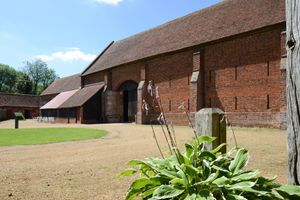 The three sieges of Basing House 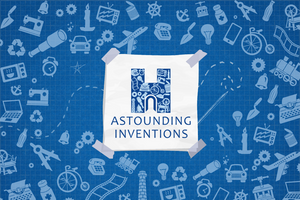