Refugees in Hampshire's past

Hampshire Cultural Trust is appalled and saddened by the situation in Ukraine. We stand in solidarity with all those affected by the war. As destinations for education and participation, it is important that our museums and arts centres are able to provide community focal points for those affected by this humanitarian crisis.

As a cultural organisation, we strongly believe that learning from the past is essential and that we have a role to play in educating and informing through our shared heritage.

At this time, we are sharing and reflecting on the history of refugees in Hampshire with a particular focus on the displacement of people across Europe during and after World War I.

Germany's invasion of Belgium in 1914 led to over 250,000 Belgian refugees arriving in the UK. This is still the single largest influx of refugees in British history. Here, we look at some of the ways the people of Hampshire helped refugees during the World War I.

In October 1914, the city of Winchester launched an appeal to receive weekly donations to house and clothe refugees and provide coal for heating. With an approach not too dissimilar with Ukrainian refugees today, many residents housed Belgian refugee families in their own homes. A Mr Apthorpe donated the use of 13 St James Terrace rent free for six months, which was then furnished through donations. Winchester College offered support by housing 17 refugees.

The people of Andover responded with similar generosity. The Andover Advertiser wrote that refugees who arrived by train were greeted with a meal and additional supplies. Local school children also played their part. Three girls from the town's Community School organised a benefit concert which took place on 28 October 1914. They managed to raise £2 15s for the refugee fund, equivalent to more than £300 today.

On the outbreak of war in August 1914, the people of Alton sent clothes in aid to the people of Belgium; by September, the town's people were housing refugees in need. A house in the High Street was prepared for the use of refugees and the Assembly Rooms were converted into a Red Cross Hospital for wounded Belgians. 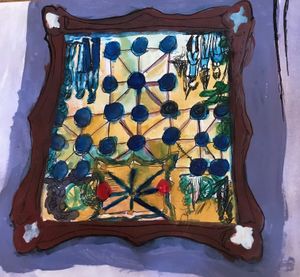 A few of my favorite things