On the Move - not your average fire engine!

On the Move is a Hampshire Cultural Trust project, funded by Esme Fairbairn Collections Fund, that focuses on making collections accessible for wellbeing.

During the first coronavirus lockdown, we made some changes to how we run the project as we were physically unable to spend time with the collection. We took the project online and are still working with our fantastic team of volunteers to research and bring to life vehicles in the collection that have haven’t been on display for many years.

The team have been researching a special type of Land Rover. Here’s what they found out…

Based on a series II Land Rover chassis, this particular Land Rover was converted for use as a fire tender by the Company Carmichael and Sons Ltd of Worcester. Founded in 1849 as a coach building company, Carmichael diversified into specialised agricultural bodywork. In World War II, they produced portable fire pumps to help the war effort and, in 1947, began to produce full fire fighting vehicles; the first one being built for the local Worcester fire brigade. Carmichael converted this Land Rover to a fire tender in 1963 and it was given the model name “Redwing”.

Although small compared to fire engines we’re used to seeing, this Land Rover is crammed with equipment. There are different sizes of hose, fire extinguishers, foam spray devices, pumps, ladders, spot lights and even a blue flashing light. And room for a crew of three people! Tough it's small, it is perfect for its purpose as it’s reliable, manoeuvrable and capable of driving in a variety of situations and environments.

In the early 1960s this Redwing was purchased by Pirelli General Cable Works. It was used as a first response fire tender in its Southampton factory before transferring to the Eastleigh site, where it was permanently based in its own small fire station. Pirelli manufactured a wide range of wires and cables for telecommunications, and so like many other high-risk sites in the UK, it was commonplace to have a vehicle like our Land Rover Redwing. Often companies would have a dedicated number of staff trained in the use of the equipment on-board and fighting (non-major) fires. Typically, such a vehicle required a three-man crew.

This vehicle came to our transport collection in 2001 as a gift from the Pirelli site in Eastleigh. But it’s not the only fire tender in the collection. Below are four more examples…

This unusual green Thornycroft Trident lorry was converted for use as a fire tender at the Thornycroft works in Basingstoke. It was produced in 1951 and was probably never given a registration number as it didn’t leave the Thornycroft site (HMCMS:SH1985.34)

This bright yellow vehicle is a Thornycroft Nubian Airport Crash/Fire tender, and was produced in 1956. Like the Trident above, this Nubian was probably not given a registration number.

A red Nubian Fire/Crash Tender that was used by the Ministry of Defence at a DERA site in Wales. It was manufactured in 1971 by Scammell Lorries at Watford, Hertfordshire, to a Thornycroft design and carries the Thornycroft name. The Thornycroft factory had closed in 1969, and at this time both Scammell and Thornycroft were part of the Leyland Motor Group. You can see this Nubian at Milestones Museum.

And finally this Dennis Fire Engine produced in 1936 which is affectionately nicknamed “Boris” by colleagues at Milestones because of its registration. It was used during the Second World War by both the Aldershot Fire Brigade and the National Fire Service. You can see this vehicle on display at Milestones Museum in Basingstoke. 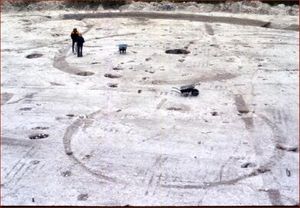 Winnall – more than a roundabout! 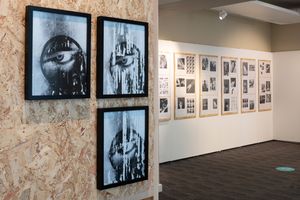 The Construction of Truth