National Mills Weekend takes place across the UK every May. This year, it is a virtual event, so we're taking the opportunity to celebrate windmills and find out more about them.

Wind power - where and when were windmills first used?

Human power, animal power and water power had all been used to move grinding stones to turn grains of wheat into usable flour,  before people thought to harness the wind to do the job.

The first known windmills were the Persian windmills of the Middle East, with the first know record made the ninth century AD. These had between six and 12 sails made of reed matting or wood and cloth, which rotated in a horizontal plane around a vertical axis. There is, however, some evidence that windmills appeared in China 400 years earlier.

The earliest record of a windmill in Western Europe is from 1185 in the Yorkshire Wolds, which would have been a vertical windmill. The earliest European windmills appear to have been post mills: the mill was built on a stout post, often a tree trunk, and the whole mill building could be turned on this post to face the wind. A long beam (tail pole) sticking out at the back of the mill was used to lift and turn it (called winding).

Smock mills (wooden construction) and tower mills (brick or stone), such as Bursledon, were an improvement because there was no need to move the whole building round when the wind changed! Just the ‘cap’, carrying the sails, rotated.

Millstones - what is special about the stones that grind the wheat?

Millstones – for grinding wheat or other grains – come in pairs. The base or bedstone is stationary. It is the turning runner stone on top that does the grinding, which is actually a ‘scissoring’ (cutting up) of the grain. These stones are slightly curved to channel the flour to the outer edges.

Millstones are made from pieces of granular rock such as silica, sandstone or limestone, cemented together and bound with iron bands. People worked out very quickly that the grain was broken down much faster if the millstones had grooves, called furrows, cut in them. Between the furrows are flat areas called lands. The furrows and lands are arranged in repeating patterns called harps, which mesh together to cut and grind the grain. These patterns were created by travelling stone dressers, using special chisels.

The millstones must be kept the right distance apart to grind the grain properly and not rub together - which would cause sparks. The speed the runner stone turns at also affects the quality of the flour. A typical pair of stones, turning 125 to 150 times per minute, can produce 25kg of flour every 20 minutes. 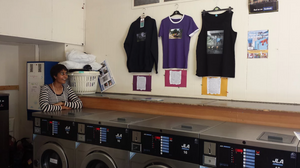 From Autism to Laundry: Around the World in 80 Washing Lines 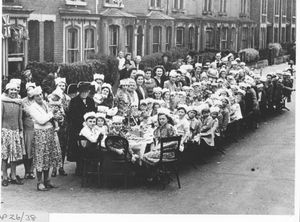