Today, 5 May 2021, marks the 200 year anniversary of the death of Napoleon Bonaparte, Emperor of the French. Napoleon died on the island of St Helena where he was exiled after his defeat at the Battle of Waterloo. His cause of death has been a subject of great debate over the years. Initially his death was attributed to stomach cancer but over the years the idea of arsenic poisoning grew in popularity. However the latest theory is that it was advanced gastric cancer that caused his death.

Napoleon escaped from his first exile in Elba, but after defeat in the Battle of Waterloo was once again exiled, this time to far flung St Helena.

It is perhaps no surprise that a man as iconic as Napoleon is represented in our collections in some form. Maybe a coin from his reign, a commemorative medallion, a print of his coronation or a medallion celebrating his exile?  Indeed all of these are items in our collections, but what about a cast of his face taken on his death bed?

The idea of taking casts from the faces of the deceased was not new in 1821, but at the time when Napoleon’s was taken by his personal physician, Antommarchi, a new supposed science of phrenology, was creating a market for the taking of death masks from a broad spectrum of people. Phrenology was the reading of lumps and bumps on the skull to interpret and predict the behaviour of a person, in the belief that the lumps and bumps corresponded to different ‘organs' in the brain.

The cast is part of a collection that includes 28 death and life masks which are believed to have been collected by Dr. Henry Giles Lyford who, amongst his roles, was the Winchester prison surgeon from 1838 to 1863.

So what did phrenologists say about Napoleon? One interpretation of his cast after his death was that despite his obvious qualities Napoleon was ‘principally distinguished’ by ‘an absence of moral control’.  Another interpretation concluded that Napoleon was afflicted with a desire to be ‘the sole hero upon the stage’ and that this in turn made him ‘jealous of all whom he suspects of aiming at a share of the eclat’. 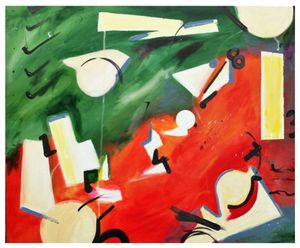 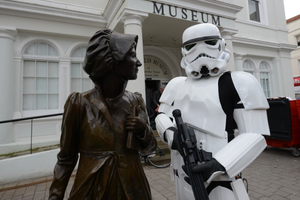 Archive Dive: May The Toys Be With You