We hear it all the time, but laughter really is so good for you - it relaxes your body, relieves stress and triggers the release of the body's natural feel-good chemicals. That's why we're thrilled to be able to host so many fantastic comedians across our arts centre's - we get to showcase talent and you get to laugh out loud; a truly wholesome experience!

Now in 2021, after the last year, we're determined to put smiles back on faces and provide some much-loved and dearly missed, live comedy. This World Laughter Day, here's a look at some of the comedians we're excited to see...

In 2018 Thanyia Moore joined the likes of Katherine Ryan, London Hughes and Desiree Birch when she was crowned winner of the Funny Women Awards. Since then Thanyia has been seen on CBBC's and BBC's BAMESho, and she worked with Museum of London to create this historical comedy masterpiece!

Mix more history and comedy this month by joining Forest Arts Centre at the first outdoor entertainment night, hosted within the beautiful grounds of Rockbourne Roman Villa in Fordingbridge. Thanyia will be joined by Angela Barnes, William Stone and Andrew White on Friday 28 May - tickets here.

Jake Lambert fell into a career as a stand up, after gaining a following on Twitter under the pseudonym @LittleLostLad he decided to put down his iPhone and pick up a microphone. It has proven to be a great choice with him making it to the final of the Amused Moose Final 2016, semi-finals of the BBC New Comedy Award 2015, Magners New Comedian of the Year 2015, English Comedian of the Year 2015 and the Leicester Mercury New Act of the Year 201.

Jake will be joining James Alderson and his comedy friends, Will Mars and Tom Deacon, back at Ashcroft Arts Centre for the first time in months - prepare to giggle your socks off at this socially distanced gig in Fareham on Tuesday 1 June. P.S. There is one more comedian to be announced, so keep an eye out for the James Alderson and Friends headline act 👀 - tickets here.

Karen Bayley has been described as having a delightfully saucy, friendly and confident stage presence. Add her wit and infectious giggle, along with devastating one liners, this combined certainly makes her a huge force to be reckoned with. Karen has been on the professional circuit now for over a decade, performing at only the best comedy clubs across the UK and beyond. Early in her career She picked up several awards reaching the final of the coveted BBC New Comedy Awards, and winner of the Komedia new act prize and also reached the finals of the BBC New Comedy Awards Showcase. Karen was the first ever winner of the prestigious Comedy Store competition - King Gong. Most recently Karen Bayley has been supporting Joe Lycett on his UK tour.

Catch Karen at the popular Hecklers Comedy Club in West End Centre on Thursday 10 June. With Windsor and Andrew O'Neill on stage too, it's time to prep your best heckles and look forward to a night of good old comedy in Aldershot - tickets here.

Check out all the comedy we've got in store across Hampshire this year and book online at hampshireculture.org.uk/comedy 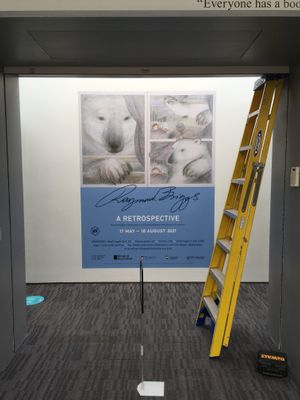 Behind the scenes at Raymond Briggs: A Retrospective 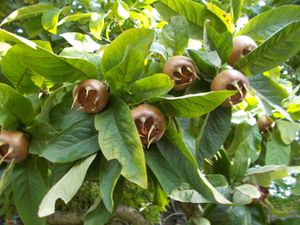 The plants of the Allen Gallery garden