The plants of the Allen Gallery garden

To mark National Gardening Week, volunteer Jane Hurst takes us on a tour of the garden at Alton's Allen Gallery, where many of the plants are either unusual or uncommon forms of ordinary garden plants.

On the left of the path in the main garden is the beautyberry (Callicarpa Profusion). In the autumn, it has amazing purple, almost metallic berries, which follow the tiny star-shaped lilac flowers. Sadly, the berries do not last long, as the birds love them.

One of the key plants that can be seen in the main part of the garden is a Cornus Controversa 'Variegata', or wedding cake tree. The name comes from the way that the branches have a tiered effect with the clusters of white flowers above the branches in June. This is certainly a favourite with our visitors.

Further along are two trees that are not often seen these days, but were well known in the past - a mulberry and a medlar. The mulberry, or Morus Nigra, has attractive dark green foliage and tasty fruits that look like loganberries and turn black when they ripen. Near it is a large medlar (Mespilus Germanica). It has pretty white/blush flowers followed by small brown fruit, which have to be left to blet or part decay before they can be used to make jams and jellies. The Allen Gallery sells cards showing artist W. H. Allen’s picture of medlars.

In the winter and spring, the red-barked dogwood or Red Cornus adds colour with its bright red stems, which contrast with a large box topiary jug. Luckily this has not, as yet, been attacked by the dreaded box caterpillar.

For some of the year, our Hydrangea Aspera looks almost dead, but then, suddenly, it produces its delicate, mauve-blue blooms, while in the spring the pale pink magnolia is covered with its tulip-shaped flowers.

Following the path, we have a small Cotinus Royal Purple or smoke bush which has beautifully coloured leaves and ‘smoke’ in the summer and autumn.

On either side of the patio are two more uncommon plants. In the raised bed is a Cercis Siliquastrum or Judas tree. The pea-shaped blooms appear straight out of the bare branches and are followed by the young shoots. Later in the year, large bunches of ‘pea pods’ hang down.

At the edge of the patio grows a white flowering currant - a beautiful variant of the normal pink shrub.

As you can see, the Allen Gallery garden has something different and colourful to see at every time of the year - so please do come and visit us when we re-open in late May. Until then, you can watch the changing seasons on the Allen Gallery Facebook page. 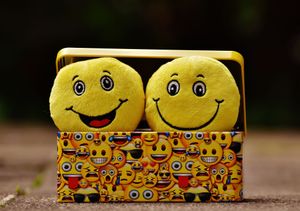 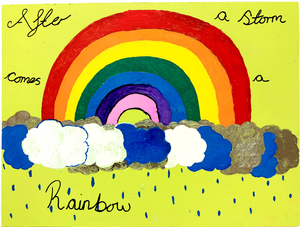