The idea of recycling is often seen as a modern idea, but archaeological evidence shows that our ancestors have been recycling and re-purposing items for thousands of years!

One ancient form of re-use was that of offering personal objects and weapons to the gods.  Part of that process often involved damaging the objects in some way to render them useless for the purpose they were made.  These finds were often, but not exclusively, thrown into bodies of water or marshes.  Such ritual deposition was practiced from the Neolithic age through to the establishment of Christianity in Britain.

Perhaps less superstition and more tradition was the use of coins as love tokens. The coin would be bent in two places, making a sight S-shape and sometimes inscribed with names. They were popular from the late Tudor times until the early 18th century.  They were also used as good luck charms for warding off evil, so maybe a little superstitious!

Another form of re-use is that of personal adornment such as jewellery.  Out of circulation coins were popular objects for reuse in this way. The most basic way of changing a coin into jewellery was to crudely punch a hole through it for suspension round the neck as a pendant.

During the late-Saxon period in England, the re-use of coins became more elaborate. They were sometimes gilded on one side, with a clasp fitted to other so they could be worn as brooches.

Sometimes the re-use is not even of an object, but of the landscape.  An example of this can be found at Oliver’s Battery on the outskirts of Winchester.  Despite its name, the earthwork was not an English Civil War construct, but more likely a late Iron-Age enclosure.  It is possible that Oliver Cromwell’s troops used it as camp before proceeding closer to Winchester, but the earthwork was re-used long before that by our Saxon ancestors.

In 1930, the Antiquarian, W.J. Andrew unearthed a 7th to 8th century Saxon burial in one of the ditches of the earthwork, complete with grave goods.  But why use this as a place of burial? One idea is that by using the remains of the past ancestors you are claiming legitimacy and inheriting the authority of those who have gone before. The commanding view of the valley almost certainly held an appeal as well. 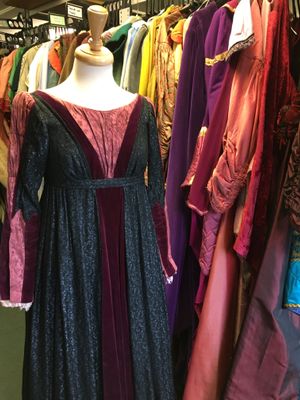 Shakespeare Week: "All the world’s a stage" - Shakespeare at Hampshire Wardrobe 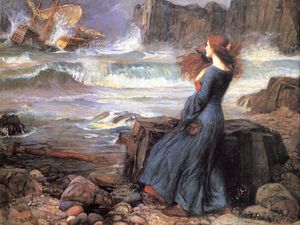 Shakespeare Week: The Tempest, the mutineer and the comic butler