To mark the release of The Last Duel on 15 October, Cultural Experience Manager Mark Barden discusses duelling throughout the ages, with an item in the collections cared for by Hampshire Cultural Trust.

The Last Duel, a new film by Ridley Scott coming to cinemas in October, tells the story of a famous duel that took place in 14th century France, but the duel, or trial by combat, has a long history.

Some of the earliest examples of the duel in Western society can be found in the Viking tradition of the ‘holmgang,’ which was a legally recognised means of resolving disputes. A challenge could be made, regardless of an individual’s social status, and could be used to resolve disputes over property, debt, legal disagreements or to uphold the honour of a friend or relative. Failure to respond to a ‘holmgang’ could result in an individual being outlawed and deemed to be ‘without honour’.

By the Middle Ages there were two types of judicial combat; the feat of arms and chivalric combat.

A slight, or challenge, to an individual’s honour, that could not be resolved in court, could be contested as a feat of arms under the supervision of a judge. This is the type of combat depicted in The Last Duel. The knight or squire would use their own armour and weapons and the fight would last until one party could no longer fight back.

The ‘chivalric combat’ had very little chivalry associated with it and was basically an excuse for a fight. A group of knights would stake out a lucrative strategic location, such as a town gate or river crossing, and challenge any knights or squires wishing to pass.

While throughout the medieval period the Roman Catholic Church opposed judicial combat, it was well into the 15th century before it was finally abandoned.

Duelling persisted amongst individuals in the elite of European society throughout the post-medieval period, with the sword as the weapon of choice. Increasingly though, to kill in the course of a duel was judged to be an act of murder.

In England, by the late 18th century duellists had abandoned the sword in favour of the pistol. The practice of appointing ‘seconds’ was adopted. These individuals would attempt to help resolve the dispute peacefully to the honour of both parties. If that failed, they would oversee the macabre details of the duel and seek to make the encounter as fair as possible.

This was also a period called The Enlightenment, which saw the values of society change. Ideas of politeness and civil behaviour were seen as growing opposition to outward displays of anger or violence.

The last Englishmen to be killed in a duel in England was James Alexander Seton in 1845, when he challenged Henry Hawkey, over the affections of his wife, leading to a duel at Browndown, near Gosport. Hawkey was tried for murder and acquitted. 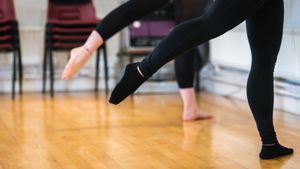