Behind the craft: Deirdre Wood

Celebrating Deirdre Wood’s solo exhibition, Turn and Return, we spoke to the artist herself to find out more about the fantastic weaving and dying techniques used to make the artwork now at display at City Space, The Arc. We also discovered that the raw materials used to make them are of particular local significance to Winchester. Read on to find out more...

Deirdre Wood has been a hand weaver and dyer for the last 27 years and over this time has specialised in the revival and re-interpretation of narrow-strip weaving. This ancient technique, found in many parts of the world, allows much larger woven clothes to be constructed by sewing together the edges of long narrow strips.

Deirdre studied this technique and has transformed it in three significant ways. The first has been to twist the narrow strips before sewing the edges together, taking the cloths into the third dimension. The second has been to use the entire length of the woven strip, turning and returning it to construct the main fabric, often in large geometric forms. The third technique has been to gradually change the composition of warp threads across the woven width, for example from linen to silk. Differences in the elasticity of the yarns cause the straight strip to become curved when removed from the loom - a new departure in the history of the strip woven process.

Furthermore, Deirdre cuts the ‘curved strips’ into shorter sections to combine them in dramatic wall-mounted textiles that bring the negative spaces between the strips into play. Deirdre tells us more about the tools and where she works from: “Everything that I make is woven on a wooden hand-loom, using a design that goes back centuries, in my studio in Hyde Street, just a short walk from City Space.”

Deirdre uses both vegetable (cotton and linen) and animal (silk and wool) natural fibres. For her, silk and wool have particularly strong associations with Winchester. She tells us: “In Norman times in Winchester, the first guilds were weavers and fullers. Fulling Mills cleansed and processed wool along the River Itchen for centuries. All over Hampshire there were silk mills in Basingstoke, Whitchurch, Odiham, Southampton, Overton, Alton, Andover and Winchester. Just 200 yards from here, in St Peter Street, there was a Silk Mill where silk was spun in the late eighteenth century, before its business moved to our Abbey Mill. At the great medieval market on St Giles Hill, merchants came from across Europe to buy English broadcloth – and much of the wealth of Winchester came from its textiles. I feel a great sense of continuity with Winchester’s earlier textile makers.”

Since her student days at Farnham (1992 to 1995), Deirdre has explored the dying of natural yarns in a highly systematic way. This has allowed her to produce exact colours and tones, using combinations of primary-coloured acid-dyes. These specific dye-colours are used with both the ikat and dip-dying processes. For Deirdre, dying is intrinsically connected to the way she approaches weaving and the relationship she establishes with her artworks: “One of my joys is being able to dye these yarns with the many colours that I have devised, and to weave textiles that show both colour and cloth to their best advantage. I must say too, as a textile artist, I have a special affection for the yarns that I use. The warmth of wool and the lustre of silk, the character of cotton and the strength of linen are all vital elements in my work.”

Turn and Return is open until 3 April 2022 at The Arc, Winchester. All artworks, unless otherwise stated, are available for sale.

To find out more about Deirdre’s work, visit her website: http://www.deirdrewood.com/ 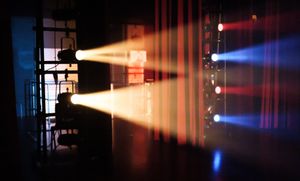 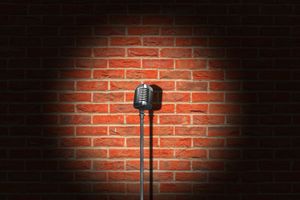