On 6 January AD 878, King Guthrum ordered his men, the Vikings, to launch a surprise attack on King Alfred’s base at Chippenham. Alfred was forced to respond quickly, fleeing the area with just a small company of men as they headed for the Somerset Levels - a place Alfred knew well from his childhood.

It was in this area, after some time deep in thought in the woodland, that King Alfred stumbled upon a herdsman’s hut. As the tale goes, he was invited in by a kind woman tending to the house, and not recognising him, she just assumes he is merely a soldier of Wessex, not the King! It was here that she kindly offered him rest and nourishment for the night.

As she prepared to venture out into the woodland nearby to collect some more firewood to warm the weary traveller, the housewife instructed the ‘soldier’ to keep an eye on the cakes whilst she was away, lest they burn!

Almost as soon as she left, King Alfred, who was known to be a deep ponderer, fell deep into his thoughts... No more than a few minutes later, the housewife returned, greeted by the smell of burning cakes and a distant Alfred lost in his thoughts!

“What sort of careless man are you, who neglects to attend to burning bread? Never have I seen so negligent a man – one who doesn’t even know how to turn ash-baked bread – and yet when it is put in front of you, you’ll no doubt rush to eat it!”

Even the King can’t escape a scolding, and thus the tale of the burning oat cakes was born...

Inspired by the tale and slightly adapted for modern tastes

FOR 12 HONEY AND OAT CAKES 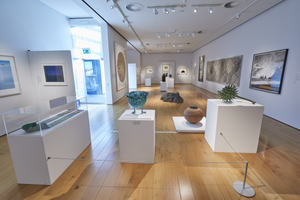 What makes Infinite Beauty so special?