Basing House has plenty of ruins! Lord Bolton, a descendant of those garrisoning the house for the Civil War Sieges, had his gardeners excavate in the 1890s. Nearly all that was exposed is still there to be seen.

There are lumps and bumps aplenty. Many of these are Civil War earthen defences, that would have posed serious challenges to assaulting troops. There are also depressions on the New House site marking buildings, that have since had their brickwork quarried away (with the support of Parliament) by locals!

During sunny weather, we have seen at least one crop mark in the grounds. These are caused by lost structures under the soil stopping grass developing. The most conspicuous mark isn’t that historically important, its believed to be a 1970s admission hut!

We’ve also seen a row of molehills which have changed colour from earthy to chalky. As the mole progressed to where the canal builders filled one of the ditches, around the original Norman Castle, with material they excavated when digging.

Inside the New House, a Victorian ornamental garden wall circles the site. This passes over other walls, showing they are older than Victorian, in Basing House’s case almost certainly Tudor. The perimeter wall is Tudor in places and Victorian in others. More interestingly, looking into the ovens shows that there are two walls, Victorian in front of Tudor, proved by the Tudor fireplace, discovered in 2012, to the south of the citadel, also behind a Victorian wall.

Some flint walls could be older than the Tudor. The only trouble is that they should be below the brick walls, but in at least one place they are not, a puzzle!

Basing House has a site museum showing many things dug up. The Bothy, used as the site café, has some of the grotesques (gargoyles that don’t carry water) from the original house in its walls.

During recent archaeological digs, trenches have all been filled in at the end. Leaving trenches exposed can damage findings and requires considerable maintenance. Among the “hidden” digs are those made by Time Team in the field next to the barn, and two on the New House site.

Basing House and its grounds are a scheduled ancient monument and so digging or metal detecting without proper authority is illegal!

With special thanks to Basing House volunteer Andrew Howard for the contribution.

Fancy learning more about the darker history of the Tudor site? Book your tickets for one of our Basing House Ghost Walks (25 - 31 October) this Halloween! 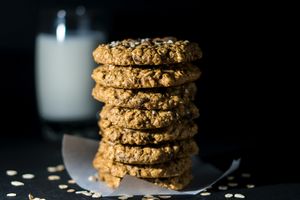 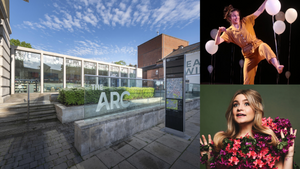 Arts: What's on in October