Volunteers' Week takes place from 1 - 7 June 2021. At Hampshire Cultural Trust, we have an extraordinary team of volunteers, who give their time, energy and passion to make an invaluable contribution to communities across the county. We're marking this year's Volunteers' Week with a series of articles that give just a very small glimpse into the incredible work of our volunteers. Here, volunteer gardener at Andover Museum, David Lindsell, looks at one of the town's oldest streets.

I have been a volunteer gardener at Andover Museum for some 18 months now and enjoy the opportunity to get some fresh air and exercise while doing something useful for the community. I also enjoy researching the history of Andover and writing short illustrated articles such as this one on Chantry Street, which I hope you will enjoy reading.

The origin of the name Chantry Street was probably due to its close proximity to the parish church, “chantry” meaning the singing or chanting of mass.

Looking at the north side first, number two is a mid-Tudor, galleried town house dating from 1550, which was occupied until the end of the 20th century by H Page and Sons, monumental masons. This long-established family firm operated on the site for some 200 years and included an adjacent yard, which is now occupied by four relatively modern houses. The original property still exists and is now occupied by the Church Mews Guest House, which opened in 2004. In 1983,
this property was listed by Historic England as Grade II.

During an archaeological dig in 1982 on the site of number 50, which is further down the street, Saxon pits, Roman ditches, a medieval well, ditches, kiln, post holes and pottery were found. Much further down the street, and still on the north side, existed Chantry Farm at number 72. This farm covered much of the area of the new town centre on the south side; the farm buildings were demolished in the 1960s.

Now moving to the south side, the remaining buildings have much historical interest. The four cottages and shop are all that remains of old Chantry Street on this side, due to demolition and new building projects since the 1960s. Numbers 11,13 and 15 were listed as Grade II by Historic England in 1983. 11 and 13 is a classic, three bay Wealden house, one of only a few survivors in Hampshire, with a parlour, hall and cross passage built soon after the great fire in 1435. In the mid-16th century, a chimney was inserted in the hall to create a hearth passage plan.
(more information can be found from Elizabeth Lewis, Three Hampshire Wealden Houses, a PDF dated 1990)

It has been found that number 17 is a 17th century structure built around 1650, with Georgian windows dating from around 1730. It was listed as Grade II by Historic England even earlier than the cottages in 1950. 20th century occupiers of number 17 are listed over the door:
Up to 1904: Fred and William Walters – Butchers
Up to 1969: Frank R Simpson – Wholesalers
1969 – 2004: Fred, Ruby and Wendy Holloway – Bric-a-brac.
The current occupier is Rigby's Classic Barbers Shop.

Thanks to David Borret's research, we can go even further back and fill in some of the gaps above. Around the turn of the 19th century, the shop was a marine stores, the antique shop of its day, run by William Harman and later Miss Emily Pearce. Circa 1910, the shop was owned by Walter Frederick Hardy, but it is not known what was sold. The shop then passed to John Herbert Simpson in about 1918 and was a stationers, which passed to his nephew, Frank R Simpson, in around 1939. He expanded the business to include confectionery. During the Holloways' occupation, the shop was gradually restored, including the ancient, brick lined cellar.

Adjacent to 17a, now a two-bedroom apartment, stood the Phoenix Inn and Nutley's Phoenix Brewery, which produced Andover's best-regarded beer, Chantry Bitter Ale, up until the 1920s. It was built on the site of a property which had been destroyed by fire in 1435. The Phoenix Inn was demolished as part of the town centre redevelopment. Incidentally, at numbers 7 and 9, now Eagleside House flats, was the site of the old Eagle Inn, which burnt down in 1903.

Further down at numbers 55 - 57, known as Ford Cottage, existed a timber framed house built circa 1550 and listed as Grade II in 1973. This cottage was removed bit by bit and rebuilt at the junction of Upper High Street and Chantry Street in order to allow redevelopment of the site as sheltered accommodation, now called Chantry Lodge. An archaeological dig of the whole site by Test Valley
Archaeological Trust in 1989 revealed 13th to 17th century pottery, wells, ditches and post holes. 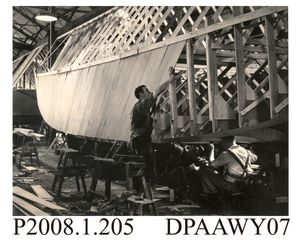 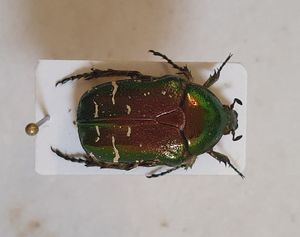