On the anniversary of D-Day, Nick Suffolk, Head of Cultural Experience, looks back at the role played by Hampshire in Operation Overlord.

77 years ago, the cities, towns and ports of Hampshire were full of troops, tanks, ships and supplies for the D-Day invasion. In 1944, thousands of Allied troops were preparing for the biggest military operation in history: Operation Overlord. This plan to liberate mainland Europe started with landings on the beaches of Normandy.

By the spring of 1944, southern England was fast becoming a huge armed camp as men, vehicles, stores and ammunition moved to their marshalling areas. On D-Day, 6 June 1944, the Allies would land around 156,000 troops. Most departed from ports along the Hampshire and Dorset coasts.

Southwick near Portsmouth was the operational headquarters for Operation Overlord. Portsmouth was the headquarters and main departure point for the military and naval units destined for Sword Beach on the Normandy coast. The Royal Hampshire Regiment was camped in the New Forest along with thousands of other troops and left from Southampton to land at Gold Beach.

12 airfields in the New Forest supplied air cover for the invasion, including Beaulieu airfield, used by USAAF fighter-bombers of 365th Fighter Group to launch attacks on German gun positions and communications. On D-Day, Allied aircraft flew 14,674 missions over Normandy.

Southampton was chosen as the chief supply and troop movement centre for the American army. All spare open space was used to house the soldiers. Workshops across the region had been working on equipment for the invasion - in Eastleigh workshops constructed landing craft and hundreds more were assembled in Southampton’s Western Docks. Their crews had been training at a secret base in Bursledon to take men, tanks and supplies across the Channel. Mulberry harbour components that had been constructed on the shores of The Solent and Southampton Water were transported to the coast of France.

The Royal Victoria Hospital in Netley was taken over by American forces to treat the wounded returning from the beaches. 68,000 casualties (including 10,000 Germans) were treated there following the landings. From planning and execution to resupply and dealing with casualties, Hampshire played a unique role in the invasion that heralded the liberation of Europe. 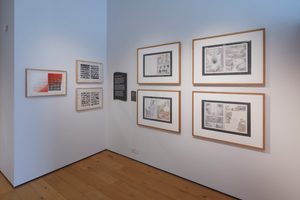 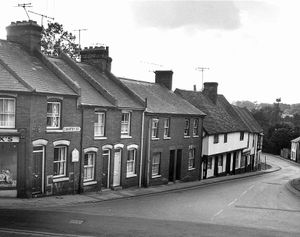