All a bit Heath Robinson

The presence of an exhibition dedicated to "the Gadget King”, Heath Robinson at The Willis Museum and Sainsbury Gallery prompted a conversation about some of the objects cared for by Hampshire Cultural Trust which may themselves have a touch of  “Heath Robinson” about their design. Everyday domestic objects that you have to ask – were they necessary? Did someone get carried away with the design, or did they actually work?

The object that always springs to mind, and may prove controversial, is the Teasmade. You're awoken to the sound of hot water pouring from the electric kettle into the teapot – but what about the milk? A designated person still presumably had to go downstairs in most homes and collect the milk from the fridge, or were you expected to have a mini fridge in the bedroom? They are still available today in their modern form, so someone must treasure them, although I am reliably informed that the water was never hot enough to make a good cuppa!

How about the hand pumped vacuum cleaner? The Willis Museum displays a Baby Daisy manual vacuum cleaner from the early 20th century. The person operating the device had to continually pump a handle working the “bellows” as you tried to pick rubbish up with a hose – not the easiest of maneuvers and probably required two people. You can’t help thinking that a broom or carpet beater were just as effective, until electric powered vacuum cleaners arrived of course.

The clothes iron has been through many designs and has been reinvented many times. While those early flat irons took some practice to get the temperature just right, they were relatively effective, albeit that you had to have more than one, otherwise you were constantly waiting for it to reheat. You have to question how practical the charcoal irons were though. While heating the iron from the inside with hot coals seems a good idea, they had to have a vent to allow the smoke to escape – how many times were hot sparks or coal dust splattered across a freshly laundered sheet or shirt?

The arrival of the gas iron with domestic gas supplies seems a cleaner alternative, but you were ironing with a naked flame just centimetres from your fingers and with dry cloth and the potential for gas leaks, no wonder the weekly laundry was often considered a dangerous task.

Another ubiquitous Victorian invention was the marmalade cutter. These came in a number of forms and your choice of gadget probably depended on how thick cut you wanted your oranges. They tended to be very heavy and had to be clamped to a table and then the oranges fed through a tube, while someone either turned or pulled the handle back and forth and an internal blade cut the fruit. You can't help wondering how effective this was and how many times you had to unclog the whole thing. A very sharp knife would probably have been just as efficient and much less exhausting!

So next time you visit one of Hampshire Cultural Trust's museums, take a closer look at some of the objects and ask yourself if they are “just a bit Heath Robinson”.

The Art of W. Heath Robinson is open at The Willis Museum and Sainsbury Gallery until 30 January 2022. Admission is free. 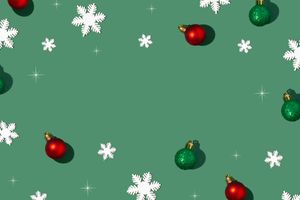