You could be forgiven for saying that Gosport was once awash with producers of assorted drinks. If you wanted to add a bit of sparkle to your seasonal celebrations, it was once the town to be, although quite a lot of it was alcohol free. Within Gosport's collections, there are over 100 assorted bottles and flagons representing this once vibrant industry.

The best known of these manufacturers was Mumbys. Originally, a chemist in the mid-19th century, Charles Mumby, saw an opening for the production and sale of mineral water from his establishment at 47 - 48 High Street Gosport. Despite having salty seawater on three sides, if you dig down far enough in Gosport, you can hit an aquifer, a source of fresh water; Charles did just that, digging into the backyard of his premises – although the depth of his borehole changes depending on which source you read, from 345 to 384ft deep!

So began the production of soda water, ginger beer and lemonade, all sold in what became very distinctive vessels, such as the glass torpedo shaped Hamilton bottles. Designed to prevent them from being stood up, their shape aided packing, but also ensured that the liquid remained in contact with the cork so that pressure was not lost. The design also meant that the contents had to be consumed once opened – a cunning selling tactic!

Mumbys went on to supply both the Navy and the Army, received a Royal Warrant from Queen Victoria and a main Gosport road was named after Charles who became a prominent figure in civic life.  The success of the business led them to open an office in Portsmouth and the company was floated in 1898, Charles having retired a few years, leaving his son in charge. The business passed out of the family in 1939 but continued trading under the name into the 1960s.

Mumbys were by no means the only drinks company in Gosport – with a growing population in the 19thcentury and a significant number of drinking establishments to supply (believed to be around 70), a number of other companies began to produce both alcoholic and non-alcoholic drinks.

These companies included Brockhursts and Southwell’s Mineral Water companies and the breweries Biden, Hobbs and Blake’s.

Probably the most famous of Gosport’s breweries, Blake’s, started brewing on their premises in South Street in c.1830, next door to their pub The Royal Oak. Three of the family’s five sons went into the business – hence the name change to Blake and son by the middle of the century.

By 1920, they owned at least 22 pubs, often distinguished by a frontage of colourful glazed tiles. Sadly, none of the pubs remain in business, although some have maintained their distinctive tiled frontage and can be observed on a drive through town. Some are private residences and one a convenience store. Blake's were bought out in 1926 by well-known Portsmouth firm Brickwoods, but T.N. Blake's name lived on when Gosport's Maternity Hospital was named after him with the maternity ward at the hospital still bearing his name. 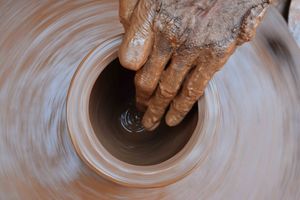 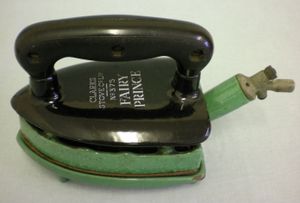 All a bit Heath Robinson