Andover Museum celebrates its 40th birthday on 24 April 2021. Here, Community Manager Louise Mackay takes a look at the museum's past and how you can be involved in the celebrations to mark its big birthday!

The grand Georgian house, which is home to the museum, started its life as the family home of George Noyes, Andover's Bailiff and Town Clerk, who purchased five small tenements on the east side of New Street and one small tenement and a parcel of land on the west side. In 1742, he built a grand house, consisting of 10 bedrooms, two bathrooms, four sitting rooms and kitchens complete with a large cellar and larders for the storage of food. Its address was 6 New Street. He lived there with his wife and children until his death in 1752, when the house was tenanted for a short time; in 1768, his wife decided to sell the property to William Andrews of Porton, Wiltshire, for £500. The building changed hands numerous times over the decades, firstly as a residential property, then as a grammar school. Between 1947 and 1953, it was left empty and from 1953, it is thought to have been in use as Justice Probation Offices.

The decision to open a museum in Andover was due to the rapid growth of the town and the large amount of archaeological remains that were being discovered locally. Much of this archaeology is in the Dacre Room, named after the late Max and Peggy Dacre, who excavated many local sites and left the legacy of some fantastic finds, such as from the Chilbolton excavation and 4000 year old burial goods, both on display at the museum. Other parts of the museum tell stories of notable moments from the town's past, including the riots of New Street and the infamous Andover workhouse scandal, which led to changes being made to the law in the way that workhouses were run, so that inmates were no longer ill-treated.

On 24 April 1981, The Right Honourable Lord Denning OM PC DL KC - a former pupil of Andover Grammar School - cut the ribbon to declare Andover Museum officially open. A Taskers traction engine from the Hampshire County Council collections was brought to the museum for the day in celebration. The then museum curator, Mr Millett FBA, recalls that the museum was a joint venture between the County and District councils, and that those present on the opening day included the Director of the County Museum Service, Ken Barton, Tim Schadla-Hall, Senior Keeper of Archaeology, the Friends of Andover Museum and many other museum service staff, along with Councillor John Barr, Chair of Hampshire County Council, and Councillor Sumner from Test Valley District Council.

Some areas of the museum have changed over the years. The popular Museum of the Iron Age, which tells the story of nearby Danebury Hillfort and resides in the Victorian part of the museum building, was opened in 1986; and if you visited the museum a number of years ago, you may remember the Tourist Information Centre or even the fish tank with its trout and pike.

While the museum may have seen various changes over the years, it remains a great safe place for local visitors and volunteers, somewhere they can feel at home and experience an educational and fun time.

Plans for a big 40th birthday celebration at the museum are not able to go ahead, but we will be marking the day virtually on social media - something that, on 24 April 1981, we would never have never imagined could happen; “Social Media, what on earth is that?” we would have exclaimed! So, please join us in your own homes on 24 April in raising a ‘virtual’ glass to the next 40 years of Andover Museum. And why not come along to see us in person when we re-open on Friday 28 May?

If you were at the museum for its opening on 24 April 1981, or visited during the 198os, we'd love to see any of your photos and hear about your memories. Please email them to andover@hampshireculturaltrust.org.uk. 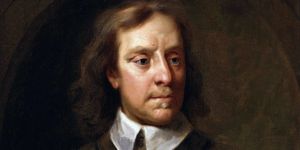 How well do you know Oliver Cromwell? 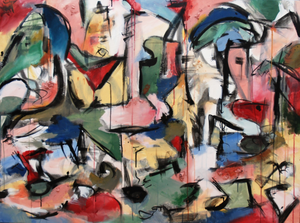 Autism Awareness Month: An Exploration of Art and Autism