Join Tino and friends on their exciting day out to a ruined castle, then try our fun Teddy Tales activity sheet!

Bill closed the webpage and then the laptop, looking at the bears to see what they thought of his idea for a day out at the ruined castle.

‘It looks great!’ exclaimed Tilly. ‘I can’t wait to have a look at the gardens!’

‘I’m looking forward to the tunnel most,’ said Rupert. ‘I’m going to be first through it as soon as it opens!’

‘Can we have a picnic?’ asked Roberta.

The bears and Bill prepared some lunch, packed it into the cool bag and piled into the car. It wasn’t a long journey to the ruined castle, but it was one full of excited anticipation for a wonderful day out after all this time stuck at home.

As Rupert was so keen to explore the tunnel, they all headed there first, despite Tino’s protests that he was already hungry and could they please have their lunch?

‘It’s only eleven o’clock,’ Bill laughed. ‘You’ll have to wait until after the tunnel.’

Bill and the bears were indeed the first to arrive at the tunnel under the castle ruins. Rupert put on his hard hat and was given a torch by the friendly castle staff, who also explained how to move through the tunnel safely. There would be someone at the other end to meet him when he came out.

‘And quite… dirty,’ added Roberta.

‘Aren’t you afraid, Rupert?’ Tino asked him. ‘There might be ghosts down there…’

‘Not at all!’ exclaimed Rupert confidently. ‘There’s no such things as ghosts!’ and he strode into the tunnel entrance. As the bears peered into the gloomy space into which Rupert had vanished, they could see his torchlight bobbing along. The torchlight faded from view, and the bears turned back towards the sunshine, blinking in the bright light.

The scream echoed around the tunnel, making the bears jump, and as they turned, there was Rupert flying out of the darkness towards them, waving his torch.

‘Ghosts!’ he cried. ‘Ghosts in the tunnel! Help! They whizzed round my head and now they’re chasing me!’

But Tino had spotted something that the other bears hadn’t seen.

‘Stop!’ he called out as the others started to hurry away. ‘Look!’

From the tunnel entrance, a family of bats emerged, flapping their wings and flying away over the ruins.

‘It was bats, Rupert, not a ghost!’ Tino reassured the frightened bear.

‘I knew that,’ said Rupert sheepishly. ‘After all, there’s no such thing as ghosts.’

The bears laughed – it was time for their picnic lunch. A sandwich and a slice of cake always made them feel better.

Can you match the animals to their homes?

Tino, Tilly, Roberta, Rupert, Lord Meight and all of Bill’s collection of 269 bears will soon be moving into a new home at Mr Simpson’s Teddy Bear Museum in Milestones Museum. Find out how we’re getting the bears ready for their move. 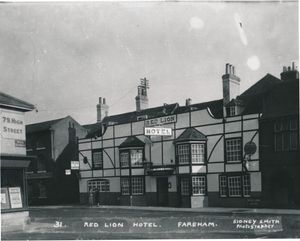 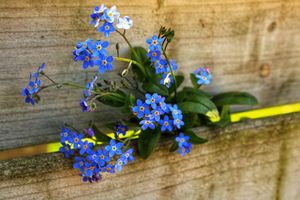