Tino is sure that he and Bill would win more races if he had a racing suit. Driving to the supermarket with Bill and the other bears, he spots the perfect suit in a fancy dress shop window – but when they drive back, it’s gone! Will Tino have the racing suit of his dreams? Read on to find out, then have fun with this week’s Teddy’s Tales activity sheet!

‘Bill and I have won a few races in our car,’ Tino continued. 'It goes quite fast, but I can’t help thinking that we would go even faster if I had… a racing suit to wear!’

Tino stared dreamily into space. Forgetting his friends were there, he started to make racing car noises and turn an imaginary steering wheel. In his mind, Tino was back on the race track, the wind rushing through his fur, his scarf flying out behind him… Whoooosh, around the corner!

Roberta’s voice broke into Tino’s dream, reminding him that they were going out.

As they drove past the fancy dress shop, Tino pressed his nose against the car window. There, in pride of place in the shop window, was an all-in-one, blue racing suit with a green helmet! Tino gasped. It was perfect. In that suit, he had no doubt that they could win every race.

Tino couldn’t stop thinking about the racing suit. All the way round the supermarket, he hardly noticed where he was pushing the trolley and he barely saw the other shoppers – all he could see was the blue suit and the green helmet. He didn’t even see Bill slipping away for a few minutes and quietly returning to continue the shopping.

Heading home, Tino couldn’t wait to spot the suit in the fancy dress shop window again. They approached the parade of shops. There was the hairdressers, there was the takeaway, there was the charity shop, there was…

The bears all strained to see the empty shop window. Sure enough, there was no racing suit. Tino was distraught.

‘Don’t cry, Tino,’ said Roberta. ‘I’m sure that whoever has bought it loves racing as much as you do and will love and take great care of their suit.’ Roberta had meant to comfort Tino, but he started to cry even more.

‘But I loved that suit!’ he sobbed. ‘I could have won more races if I was wearing it.’

None of the bears saw Bill’s secret smile.

Tino’s birthday dawned warm and sunny. He excitedly tumbled downstairs, where Bill and the bears were waiting with his gifts.

‘Open this one first,’ suggested Bill.

Tino tore the paper to reveal – the blue racing suit and green helmet from the fancy dress shop window! It was Bill who had bought the suit for Tino when the bears had been busy in the supermarket!

‘Now you have a go faster suit,’ smiled Bill. But Tino wasn’t listening. He was already winning a race in his imagination - wearing his go faster suit!

Design your own teddy bear costume and solve our birthday present puzzle!

Tino, Tilly, Rupert, Roberta and all of Bill’s collection of 269 bears will soon be moving into a new home at Mr Simpson’s Teddy Bear Museum in Milestones Museum. Find out how we’re getting the bears ready for their move. 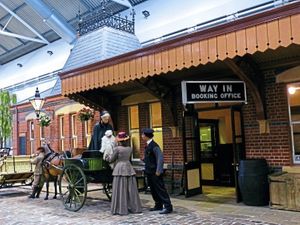 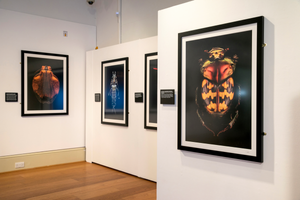