The patron saint of beekeepers

20 May was declared World Bee Day by the UN Member States in 2017. To mark World Bee Day 2021, our Curatorial Liaison Manager, Ross Turle, takes a look at one of the longest standing objects from the Winchester City Council collections, a statue of the patron saint of beekeepers, St Ambrose.

It is now common knowledge that, because of the role they play in the pollination of plants, bees are of vital importance to our ecology and very existence.  So perhaps those who help look after the cultivated bees may deserve a little divine assistance in their work - and it turns out they do.

St Ambrose is the patron saint of Milan, where he was a bishop. But he is also the patron saint of beekeepers and candle makers, his feast day celebrated on 7 December. He was born Aurelius Ambrosius in Trier, Germany, to a Roman Christian family in about 340 AD.  Ambrose’s patronage of bees and beekeepers originates in the legend that when he was an infant, a swarm of bees settled on his face while he lay in his cradle. The swarm left him unharmed with a drop of honey on his face.

This 17th century German or Flemish statue of St Ambrose was carved from pear wood.  The statue is one of the longest standing objects in the Winchester City Council collections and was listed in the first museum catalogue of 1853.  The donor is unknown, but the catalogue entry informs us that it was from an old house in Lincoln Inn Fields, London.  The statue was on loan to the International Bee Research Association for 40 years and was returned to Winchester in August 2015. The carving shows Ambrose in his Bishop’s attire with a traditional bee skep at his feet.

Aurelius Ambrosius’ father was the praetorian prefect of Gaul. He followed his father's career and in 372 AD was made consular prefect or "Governor" of Liguria and Emilia, now part of Northern Italy with headquarters at Milan. Aurelius held this post until 374 AD, when he was made bishop of Milan, a post he held until his death in 397 AD. 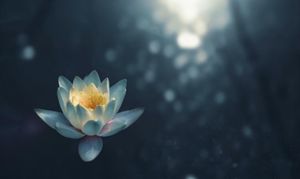 Slow down and meditate 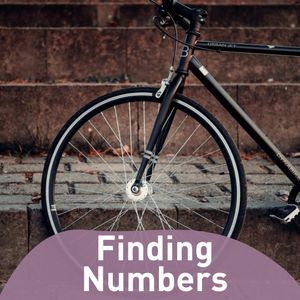