Now on at the Willis Museum and Sainsbury Gallery until 30 January 2022, The Art of W. Heath Robinson highlights the amazing range of artworks created by William Heath Robinson (1872 – 1944). Among his beautifully detailed book illustrations and skilled watercolours are the works that prompt many today to use his name as a descriptor - but why exactly do we describe something as ‘a bit Heath Robinson’?

The phrase has become synonymous with any precarious or unnecessarily complicated creation, especially one made to achieve any task that really is relatively simple. The phrase became popular during World War One, during which, Robinson drew a large number of cartoons depicting increasingly unlikely secret weapons. Other bizarre inventions included a Wart Chair, for removing warts from the top of the head and a ‘multimovement tabby silencer’, a device which automatically threw water at yowling cats! By 1934, his weird inventions gained him the title ‘The Gadget King’ and at the Ideal Home Exhibition that year visitors could see a half scale model of his ideal home, ‘The Gadgets’, with more than 30 moving figures in occupations.

All of Robinson’s ‘ideas’ were rejected by the fictitious ‘Inventions Board’, but were loved by the public, cementing his legacy as a great humourist. An early computer, made to help crack German codes in the Second World War at Bletchley Park, was even reportedly named after him. His enduring popularity in the Second World War could arguably have been prompted by the national instruction to ‘make do and mend’, as his machines were rather ramshackle in appearance, often powered by steam boilers or kettles, and patched and repaired with string, tape, or whatever Robinson’s characters could get at the time.

Robinson has been namechecked in sitcom The Good Life and his influence can be clearly seen in the eccentric and over-complicated inventions of Wallace and Gromit. A similar term is a ‘Rube Goldberg’ machine, popularised by the American cartoonist of the same name during the 1930s.

A selection of Robinson's comic drawings can be seen now at The Art of W. Heath Robinson at Basingstoke’s Willis Museum and Sainsbury Gallery.

Banner image: ‘How to train yourself to avoid being caught at any part of the field’, The Bystander, June 1926 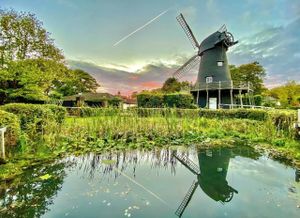 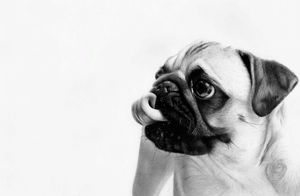