The Floating Tombs of Fareham

With close proximity to Portsmouth, Fareham as a town has a rich naval history. While Westbury Manor Museum is an example of one of the elegant houses built for high-ranking naval officers wanting to move further away from the port and into the countryside, it is home to objects in the collection we care for which indicate the realities of naval warfare.

On show within our permanent display is a collection of intricately carved bone items which are thought to have been fashioned by French prisoners during the Napoleonic War era. Many of whom were held in prison hulks in the surrounding area of Portsmouth or Porchester Castle.

These were old ships which could still float, but were unsuitable for war on the open seas. From 1776 to 1857, these prison hulks were moored in Fareham Creek. While they were initially used to hold local prison convicts, the use of these ships developed to hold the prisoners of war as Britain’s naval war with the French intensified.

Described by Captain Charles Dupin as ‘floating tombs’, they had a bad reputation as conditions were often crowded and epidemics such as typhus and dysentery were rife.

While Portchester Castle also saw large numbers of prisoners of war during the French Revolutionary and Napoleonic Wars – with the capacity to hold up to 8,000 prisoners – living conditions were measurably better than those contained in ship hulks.

Gambling was popular amongst prisoners, using food rations and clothing, but those held in the castle were not isolated from the local community. They were able to craft handmade items to sell at the daily markets which were held in Portchester, except on Sundays. Many of the prisoners were highly skilled, as these bone utensils demonstrate, and could build a lucrative business. As English Officer, Ambrose Serle remarked in 1800:

The Prisoners are allowed to sell any kinds of their own manufacture…by which some have been known to earn, and carry off upon their release, more than a hundred Guineas each. This, with an open market…operates much to their Advantage and Comfort; and they shew their satisfaction in their Habits of Cheerfulness peculiar to themselves.

These items and many more interesting artefacts are on display in our permanent gallery at Westbury Manor Museum. Open 10:00 – 16:00, Thursday - Monday.

This article has been written by Jessica Vincent, Venue Manager for Westbury Manor Museum. 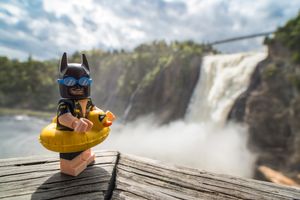 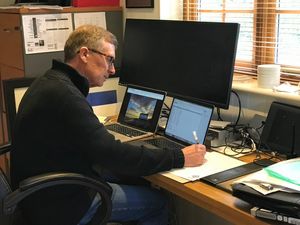