The Art of W. Heath Robinson

Hampshire Cultural Trust is delighted to bring the exceptional art of Heath Robinson to the Willis Museum and Sainsbury Gallery this October. This specially curated exhibition, created in collaboration with the Heath Robinson Museum, showcases some of Robinson’s best works from his different fields of artistic endeavour.

Like L.S. Lowry and Stanley Spencer, William Heath Robinson (1872-1944) is a national institution - a maker of images that captured the essence of British life and his ability to find humour in the everyday and the people around him, still offers a refreshing tonic. But despite being known for his humorously drawn contraptions, which inspired countless contributions to popular British culture, it's surprising how little is known of Robinson’s accomplishments within the fields of fine art and illustration.

In the 1930s, Robinson was known as ‘The Gadget King’ and is most widely remembered for his wonderfully humorous drawings. His name is still used today to describe the kind of ingenious contraption or absurdly over-complicated design that featured in many of his cartoons. However, humorous art was only his third choice of career and one that he turned to almost by accident.

On leaving art school, his ambition was to become a landscape painter, but book illustration provided a more reliable source of income. His illustrations for Kipling, Shakespeare and children’s stories were to become renowned. While his unique style of eccentric work for magazines, advertising and illustration flourished, he never forgot his roots as a serious artist. For his own pleasure, he continued to paint in watercolour, experimenting with effects of light and colour to create a body of charming works which surprise and delight.

The stunning display of works on show until 30 January 2022 at the Willis Museum celebrates Robinson’s timeless sense of humour and wonderful draughtsmanship, as well as recognising an artist whose work is integral to British cultural heritage. Bringing together his delightfully rendered watercolours and illustrations with his whimsical drawings provides a unique exhibition, that both amuses and enchants in equal measure. 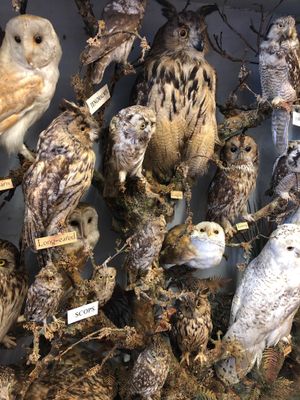