Throughout the week, we will be sharing objects from the collections we care for from seven decades of Her Majesty the Queen's reign, to mark the Platinum Jubilee. Today, we are stepping back to the 1990s with an unexpected link.

The 1990s, where phones shrank and the Venga Bus arrived! After the latter years of the 80s, Britain needed a change and, as they say, happiness is just around the corner!

The 1990s can be summed up in many ways, the list is as great as the Queen's reign is long! One way to showcase both the Queen's personal efforts and the sheer bounty of toys, tech and international trade we all enjoy can be seen in the iconic PlayStation 1. An odd choice yes, but one that can tell a story of the efforts made by the Queen to better international relations.

Queen Elizabeth II was the first of the British Monarchs to hold a state visit to the fellow island nation of Japan. On the surface, this might seem like any other act of publicity, however, after the two World Wars, it is fair to say there was animosity all around. By taking these first steps, the Queen was able to reconcile an old friendship between the two nations, even going on to attending the Showa Emperor Hirohito’s funeral in 1989. Though it may not seem it, we owe this simple act of political kindness for things such as the PlayStation 1 and many more. And in a way the humble little PlayStation owes at least some of its success in Britain to the Queen herself and her efforts to establish a relationship between the two nations. And what would the 90s be without the rise in gaming and mainstream popularity in all things tech?

This article was written and researched by Loui Lancaster, member of Hampshire Cultural Trust's Collections Team 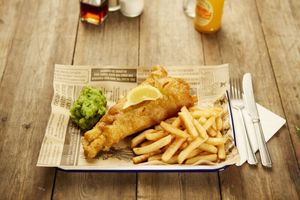