A little while ago whilst brainstorming for a subject for Winchester Fashion Week 2020 we were reminded of the secret language of fans. Both our Visual Arts Exhibition Manager, Tara and Hampshire Wardrobe Supervisor, Hav decided to have a look at our own collection of fans at Hampshire Cultural Trust and piece a little write up for you to enjoy.

Hand fans have been around from the Ancient Egyptians. Not only were they practical for cooling people (and swotting pesky bugs) but they were used as a means to display wealth and social status. Fans were also used to commemorate historical events such as a royal wedding, the first hot air balloon flight and the French Revolution.

The most exciting thing however, was the secret language associated with them. From the Baroque era fans were an instrument for coquetry. Lovers could use fans as a means of communicating without words. Handy in a time where the every move a young lady made was under constant scrutiny!

Mr Addison (co-founder of The Spectator) wrote in 1711;

Women are armed with fans as men with swords, and sometime do more execution with them. To the end therefore that ladies may be entire mistresses of the weapon which they bear, I have erected an academy for the training up of young women in the exercise of the fan, according to the most fashionable airs and motions that are now practiced at court. The ladies who carry fans under me are drawn up twice a-day in my great hall, where they are instructed in the use of their arms, and exercised by the following words of command: – Handle your fans, Unfurl your fans, Discharge your fans, Flutter your fans – By the right observation of these few plain words of commands, a woman of a tolerable genius, who will apply herself diligently to her exercise for the space of but one half-year, shall be able to give her fan all the graces that can possibly enter into that little modish machine…

A fan placed on the lips meant Kiss me, twirled in the left hand, I wish to get rid of you… these games and little signals became popular in the European Courts and within aristocratic circles. More games were played in the Courts, with gold and silversmiths creating intricate little objets used for drinking games for the gents and ladies used fans as a conversation prompt or a sneaky way of spelling out what you wanted like the fan pictured below.

By the 19th Century a fan maker created a pamphlet with illustrations depicting the secret codes. Perhaps this was clever marketing or a ploy to create a lucrative business because a Victorian lady’s outfit to the Ball was not complete until she had her fan in hand. Fans went from status symbol to essential fashion accessory.

By the turn of the 20thcentury the use of a glamorous fan as a fashionable accessory was over. Except for the ostrich feathered fans popular after the Boer War, fans had become a mass advertising tool with branding for hotels, shopping arcades or theatres printed on cheap paper and thus, the secret language was dying out…

As fun as it must have been to have a secret language to converse in, it does throw up the question of what did one do when one really was trying to cool down?! 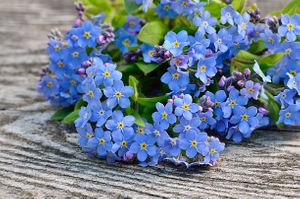 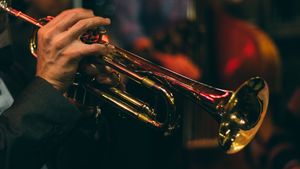