This week hear stand-up comedians find it hard-to-please, listen to soothing sounds live from the kitchen and see theatre of the future with virtual reality. This mix of exciting and eclectic alternative arts experiences can mean only one thing...your weekly #ProgrammerPicks! All you need to do is sit back, relax and enjoy this line-up picked by our live comedy, music and theatre programmers from West End Centre, Ashcroft Arts Centre and Forest Arts Centre.

The Machynlleth Comedy Festival in Wales may have been cancelled for 2020 but the stand-up show must go on! On BBC Radio Wales the UK’s finest comics perform stand-up from the comfort of their homes to an exclusive and hard-to-please audience: their own families. Listen to Mark Watson, Kiri Pritchard-McLean, Mike Bubbins, Huge Davies and Jen Brister (who is planning to visit the West End Centre in Autumn), all introduced by Adam Buxton. Catch Stand Up In My House on BBC Sounds.

Join Lauren Housley LIVE from her kitchen every Tuesday night at 7.30pm via Facebook Live in Tuesday Night Live (in the kitchen). It’s an intimate gig that will sooth your soul and is the perfect Tuesday pick-me-up. Together with guitarist Tom they’ll be sharing a song each week from Lauren’s upcoming album, as well as playing requests, songs from their back catalogue and sharing some new songs that they’ve been working on. Even better news is that Lauren plans to visit all three arts centres in Autumn this year – keep your eyes peeled!

When theatre takes the form of a 360° virtual reality (VR) experience it’s quite something! Dyad Productions, who will be bringing I, Elizabeth to West End Centre next year, have released a virtual reality recording of their production, Dalloway. It is Virginia Woolf's celebrated map of hearts, minds and memories, offering a compellingly feminine response to the aftermath of the First World War. You can watch the VR show by signing up to the LIVR free one month trial.

See you next Monday for more #ProgrammerPicks! 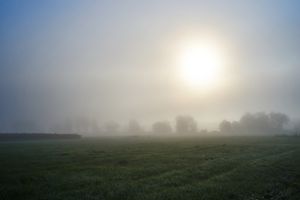