A brief history of picnics

As it’s National Picnic Week, we thought we would explore the history of the humble picnic with a trip into the collections we care for.

The French nobility first developed the pique-nique in the 17th century, although, they were not quite as we would recognise. These were indoor dinner parties in which each guest was expected to bring a plate of food, wine or contribute towards the cost.

It was the French Revolution which exported the practice abroad. The newly impoverished French nobility fled to London, where they tried to continue their old way of life. As with all French fashions in England, the picnic was eagerly adopted with a slight Anglo twist. By 1801, the the newly formed ‘Pic Nic Society’ organised raucous events. At these gatherings, each member was expected to bring a plate of food and 6 bottles of wine each. Clearly, the continental drinking culture hadn’t been adopted as well.

At the same time as the Pic Nic Society, the new emergent middling classes began to hold outdoor picnics more like we would recognise today. Quite why these picnics moved outdoors is anyone's guess. It is plausible that an outdoor meal has been enjoyed for centuries. In order to look and feel more refined, the new middle classes may have simply adopted the word.

For the moralistic Victorian's a picnic was a genteel exercise, connecting with nature and as they would see it God’s own creation.

Through the first half of the 20thcentury, the middle classes and a growing number of working class people sought daytrips out of the cities. The growth of public transport with affordable summer train fairs, buses and car ownership made the countryside accessible. A picnic was an essential and affordable part of the daytrip.

By this point, in the early 20thcentury, the convenient-to-pack an easy-to-carry picnic basket had been developed for country or seaside excursions. 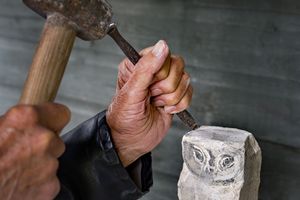 The Crafted Photography Commission: Behind the scenes with David McKibbin 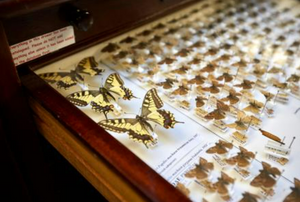