Museums display all sorts of objects, from prehistory to the present day. A few are creations of nature but most were made by people for a particular purpose; a pot, a shoe, a coin or a flint axe. Some we may no longer use today but we can still tell their story because we understand their function.

There are some objects however, that to our modern eyes, don’t appear to have any practical use. Objects that have more to do with the dreams (and nightmares) of our imagination, things glimpsed in the shadows or lurking in the dark corners of the world.

This Halloween, if you feel brave enough, why not seek out some of these mysterious objects in your local Hampshire Cultural Trust museum. Below are a few examples to start you on your journey into the unknown.

Fossils in the Curtis Museum, Alton

People have been finding fossils for thousands of years and wondering what they were. Today, of course, we recognise them as evidence of long extinct creatures but an entire folklore has grown up around attempts to explain these strangely shaped stones.

One of the most common fossils found in Britain is Gryphaea, a type of extinct oyster. It is easy to see how their appearance, similar to a large, twisted, deformed toenail, resulted in them being described as ‘devils toenails’.

Fossilised sea urchins were known as ‘fairy loaves’, belemnites, the fossilised bullet shaped bodies of small squid like creatures, were ‘lightening bolts’ fallen to earth and ammonites were ‘snake stones’, at last solving that age old mystery of where snakes came from.

‘…may you consume his blood and take it away Lord Neptune’.

Sadly, human beings have been wishing ill on each other for tens of thousands of years, often invoking the gods, by way of a curse, to punish those they believed had wronged them. The numerous deities of the ancient world provided plenty of scope for divine intervention and would normally require a request, in writing, deposited at a temple or other site associated with the deity.

In 1982 a lead curse was found in Badnam Creek, Southampton, dating from around AD 350. It asked for Neptune, the Roman god of water and Niskus, a local river god, to ‘consume the blood’ of someone the writer believed had stolen money from them. The response of the gods is not recorded!

I give you that man who

So I give you the names who

Took them away, whether male

or female, whether boy or girl.

So I give you, Niskus,

and to Neptune, the life, health,

blood of him who has

been privy to that taking away.

The mind which stole this and

Which has been privy to it,

may you take it away. The thief

who stole this, may you

consume his blood and take

it away, Lord Neptune.

Lying on a shelf in the medieval gallery in Andover Museum you will find an old weather vane depicting a strange creature with the head and talons of a cockerel, the tail of a serpent and the wings of an eagle. This is the Wherwell cockatrice.

According to legend, this beast hatched from an egg in the crypt of Wherwell Abbey and grew to such a size it could carry off local villagers to its lair and devour them. The villagers offered four acres of land to anyone who could defeat the creature. A man named Green succeed by placing a metal mirror in the beast’s lair. Seeing its reflection the Cockatrice fought itself to a standstill allowing the man to finish it off with a thrust of his spear. To this day there are four acres of land in nearby Harewood Forest known as Greens Acres.

Witch bottles are first mentioned in England in the 17th century and were often hidden in the structure of buildings to protect the occupant against evil spirits and witches spells. The earliest, most common examples, are salt glazed stoneware bottles known ‘Beardy’ jugs because of the bearded faces decorating the neck.

The bottles could contain urine, hair or nail clippings of the victim of the spell. As long as the bottle remained intact the spell would be trapped. Pins or nails and wine may also be included to impale and drown the evil.

Most of these bottles were manufactured in Germany but the bottle in the ceramics gallery in Alton, found beneath the floor of a building in Abbots Ann, was made by a Southampton potter, Simon Wooltus, in 1672.

Check out more spooky stories on Culture On Call here... 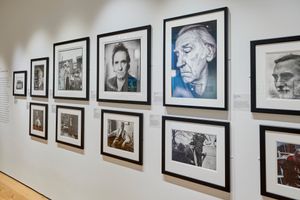 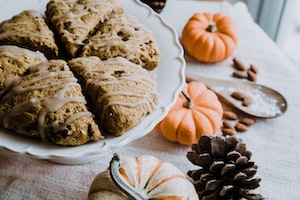