It's all about dinosaurs at the trust's Allen Gallery this summer as we tell the long history of our relationship with dinosaurs, in the Dinosaurium: Re-imagined Creatures exhibition.

Long ago and far away, out of the deserts of central Asia, emerged tales of a mythical beast, a creature with the head and wings of a bird and the body of a lion. These tales travelled along the trade routes that brought gold, mined by the nomadic prospectors of ancient Scythia, to a civilisation at the dawn of its Golden Age; Classical Greece.

This creature was the griffin and by the 7th century BC it began to appear in the work of artists and writers. The later Roman author Pliny the Elder wrote that “griffins were said to lay eggs in burrows on the ground and these nests contained gold nuggets.", reinforcing this creatures links with the gold traded from Central Asia.

It was the classical folklorist and historian of science, Adrienna Mayor, who drew comparisons between the appearance of the griffin in classical art and observations of the fossilised remains of a beaked dinosaur, Protoceratops, made by prospectors on their way to the Scythian gold deposits.

This hypothesis has been contested by palaeontologists who point out that images of griffin-like creatures with four legs and a beaked head appeared in Ancient Iranian and  Egyptian art, dating back to before 3000 BC. They argue that there is no evidence for comparable trade routes between central Asia and these regions at that time that would have allowed such influences to take place.

It is possible that, although the material artefacts traded between these two regions may not have survived in the archaeological record, an idea of a winged creature with the head of a bird and the body of a lion did.

Every reconstructed dinosaur you have ever seen, on film, TV, in books or museum displays has, at least in part, been a work of the imagination. Since the first dinosaurs were identified there has been a desire to put flesh on the bones and a glint in the eye of these amazing animals. Perhaps that process first began when the bleached out remains of a small beaked dinosaur were observed by nomadic gold prospectors, exposed against the red sands of the Gobi desert, over 5,000 years ago. 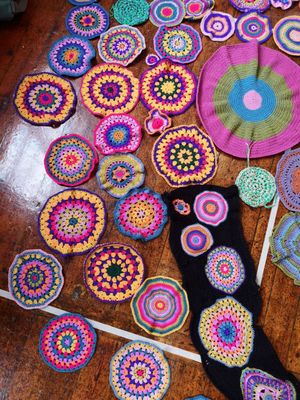 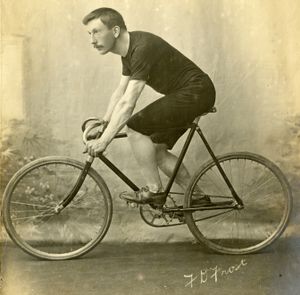