On Friday 31 May 2019, Councillor Graham Titterington, the Town Mayor of Alton, officially unveiled a Blue Heritage Plaque in honour of William Curtis, 1770-1849 and surgeon apothecary to Jane Austen and William Curtis, 1803-1881, a founder of the Curtis Museum.

The plaque unveiling was followed by the launch of the ‘dear Nature’s child’ exhibition at the Allen Gallery in honour of William Curtis, 1746 – 1799, botanist and entomologist. The exhibition, which ran until 20 July 2019, tells the fascinating story of one of the greatest naturalists of the 18th century. He was born in Alton and became one of the century's most original and pioneering minds in the study of native plants and insects.

The team at Hampshire Cultural Trust have now digitised this exhibition across five parts exclusively for Culture on Call.

Details of William’s early years are sketchy but it does appear that from at least the age of eight, until he was apprenticed to his grandfather, a surgeon apothecary, at 14, he was attending a local grammar school where his interest in the natural world soon became apparent. Yet it was not just his experience at school or his apprenticeship with his grandfather that influenced the direction young William’s life would eventually take. There was another, entirely unexpected, influence.

Thomas Legg was an ostler, looking after travellers' horses at the Crown Inn in Alton, next door to the Curtis family home, No.4 High Street. Thomas appears to have been a traditional ‘countryman’ with an extensive knowledge of the local wildlife of the fields, woods and rivers that would have been familiar to William during his childhood.

They would go off on adventures together, hunting out new plants and animals and it was becoming clear that William’s interest was not restricted to botany. The relationship between plants and wildlife also fascinated him, what today we would describe as ecology.

His family had long been aware of his passion for ‘weeds’. This was one of the reasons his father decided a career as an apothecary would suit the young lad, as knowledge of plants was essential for anyone wishing to enter the medical profession in the 18th century. But the death of his grandfather in 1765, together with his excursions into the local countryside which were seen as a distraction, prompted a decision to send him to London to complete his studies.

Visit Culture on Call next Thursday for part 3. 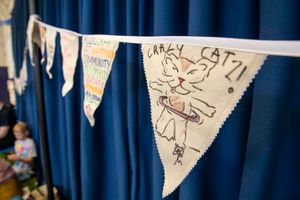